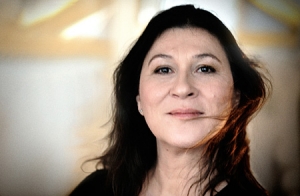 Eva Mattes was born on December 14, 1954 in Tegernsee. While still in school, she already worked as a TV voice actress, spoke the role of Timmy in about 250 episodes of "Lassie" and lent her voice to "Pippi Longstocking" and Charles Dickens's "David Copperfield". Having performed on stage and having been cast for bit roles in film by the age of ten already, she became a regular cast member in movie and TV productions by the end of the 1960s.

By 1970, it was her first two roles in major productions, namely Reinhard Hauff's "Mathias Kneißl" and Michael Verhoeven's controversial Vietnam drama "o.k." ("O.k.") that already marked her commercial and critical breakthrough. In 1971, she was awarded the Bundesfilmpreis for her energetic performances in both films. Only two years later, in 1973, her performances in Fassbinder's "Die bitteren Tränen der Petra von Kant" and "Wildwechsel" garnered her the next Bundesfilmpreis. In the course of the following years, Mattes who never received any formal actor's training would work together with Fassbinder on various occasions. Through her noticeable roles in films like Roland Klick's "Supermarkt" ("Supermarket", 1974), Werner Herzog's "Stroszek" (1977) or Peter Lilienthal's "David" (1979), she became one of the most important actresses of the New German Cinema. At Cannes she was chosen Best Supporting Actress for her role in Herzog's "Woyzeck" in 1979. With Mattes's participation, the documentary "Eva Mattes: Fragen an die Mutter" (director: Claudia Holldack) dealt with the role of her mother, the actress Margit Symo.

Alongside her work in TV and in the movies, Mattes played on the theatre stage as well. From 1972 to 1979, she was employed at Deutsches Schauspielhaus Hamburg where initially she caused a sensation with her daring embodiment of Beppi in Franz Xaver Kroetz's "Stallerhof".

In the 1980s, Mattes continued her impressive appearances in films of renowned directors: She starred in Helma Sanders-Brahms's war drama "Deutschland bleiche Mutter" ("Germany, Pale Mother", 1980) and also played the lead in Percy Adlon's "Celeste" (1980). This title role won her the Bayerischer Filmpreis. In 1983, she was awarded the Deutscher Darstellerpreis by the German directors' association "Bundesverband Regie". In the Fassbinder homage "Ein Mann wie EVA" (1984), she personified the director himself. Directed by Margarethe von Trotta, she acted in the episode "Eva" of the movie "Felix" (1988) and played a GDR pastor searching for peace in the epos "Das Versprechen" ("The Promise", 1995). She also featured prominently in Bernhard Sinkel's "Der Kinoerzähler" (1993) and in Joseph Vilsmaier's "Schlafes Bruder" ("Brother of Sleep", 1995), in Sherry Hormans "Widows – Erst die Ehe, dann das Vergnügen" ("Widows", 1998) alongside Ornella Muti and Katja Flint as well as in Didi Danquart's study in anti-Semitism "Viehjud Levi" ("Jew-Boy Levi", 1999).

Among Eva Mattes's most important works in television are her role in the satirical family series "Motzki" (1993) and "Tatort" inspector Klara Blum who she has been playing regularly since 2000. In 2001, she had an impressive performance next to Ulrich Mühe as Magda Goebbels in Kai Wessel's "Goebbels und Geduldig". In 2002, she was awarded another Deutscher Filmpreis, this time as Best Supporting Actress in the children's movie "Das Sams" ("The Slurb", 2001). She played her celebrated role as Annemarie Rotkohl again in 2003, in the sequel "Sams in Gefahr" ("My Magical Friend Sams"). In the course of the years, Mattes occasionally returned to voice acting, too, for example in "Werner – Beinhart!" (1990) or in "Lauras Stern" ("Laura's Star", 2004). In 2010, she collaborated with Percy Adlon again and played Anna Sofie Schindler-Moll in "Mahler auf der Couch" ("Mahler on the Couch", co-directed by Felix Adlon).

In the family movie "Keiner geht verloren" (2009, TV) Mattes proved her skills in comedy, playing a Bavarian inn keeper whose son wishes to marry an East Berlin woman. In 2010, she played a feisty lawyer involved in a neighborhood feud in the comedy "Das Glück ist eine Katze" (TV).

While busy with TV roles and "Tatort" duties, Eva Mattes still finds the time to show up on the big screen every now and then. In 2012, for "Sams im Glück", she impersonated the endearing Ms. Rotkohl (now Mrs. Mon) once more and in "Fieber" ("World-wide", 2014), directed by Elfi Mikesch, she played a photographer tracing her late father's past who used to be a foreign legionary.