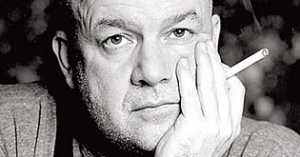 Born in 1955 in Singen, Germany, Didi Danquart made a name for himself as a director of political documentaries and politically engaged movies.

Following his apprenticeship as a design draftsman, he studied psychology and sociology at the University of Freiburg from 1979 until 1983. In 1978, he co-founded the Freiburg Media Workshop (MWF) and continued to work on various political movie and video projects until 1991. In 1983, the MWF received the German Film Critics’s Documentary Prize.

In 1979, Danquart made his debut as a feature-length film director with the one-hour documentary "2, 3 Dinge, die wir über Fessenheim wissen" (co-directed by Bertram Rotermund). From 1982 until 1989, he co-organized the International Video Forum Freiburg. At the same time, he worked as a lecturer at the German Film & Television Academy (dffb) in Berlin as well as the Goethe Institute and several other international teaching institutes. Furthermore, Danquart has been a longtime member of the German documentary film festival „Duisburger Filmwoche“ (1987-198) and the film subsidy program "MFG Filmförderung Baden-Württemberg" (2001-2004).

Since 2001, he holds a chair in „Artistic Film“ at the Karlsruhe University of Arts and Design. In August 2002, Didi Danquart – whose twin brother Pepe is also a filmmaker – co-founded the production company "noirfilm Gmbh & Co.KG " with Boris Michalski. One of their first productions was Danquart"s tragicomical and psychological love story "Offset".