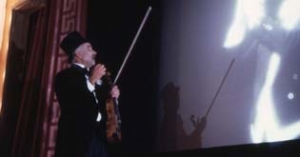 Germany, the 1930s: An old film narrator, who relates the story of silent movies to the audience, realizes that the beginning introduction of sound is rendering his profession obsolete. When Hitler is elected, he clings to the hope that the Nazis will support Germany's silent film production.