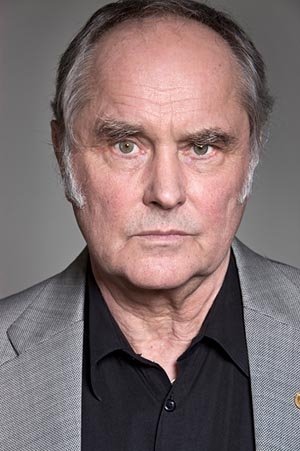 Michael Verhoeven was born to a theatrical family in Berlin in 1938: His mother Doris Kiesow was an actor, his father Paul Verhoeven (not to be confused with the Dutch director of the same name) worked as an actor and director in both theatre and film. His elder sister Lis Verhoven is also an actor and is married to fellow actor Mario Adorf. Michael Verhoeven himself appeared on stage for the first time at the age of 13 in an adaptation of the childrens' book classic "Pünktchen und Anton". His first role in a film was another adaptation of a book by Erich Kästner: "Das fliegende Klassenzimmer" (1953). In the following years, he worked under Hans Deppe, Helmut Käutner and starred twice alongside Heinz Rühmann, first in "Der Pauker" (1958) and then again under the direction of his father in "Der Jugendrichter" (1960).

When the pressure to follow in the footsteps of his father became too much for him, Verhoeven decided to take up a completely different career and studied Medicine in Munich, Berlin and Homburg. He completed his studies with a PhD in 1969. Having continued to act throughout his studies, he met his great love Senta Berger, who was about to start a career in Hollywood at the time, during the shooting of "Jack und Jenny". For a couple of years, the two had a long-distance relationship, going back and forth between Germany and the U.S. while Michael Verhoeven worked as a physician. They finally got married in 1966 and together founded their film production company Sentana Filmproduktion. In 1967, Verhoeven made his directorial debut with "Paarungen", an adaptation of Strindberg's "Totentanz", starring Verhoeven's father, thus reversing their usual roles. In 1973, he eventually gave up on his plan to work simultaneously as a physician and a director.

Despite having been an independent filmmaker since the 1960s and having been a supporter of the Oberhausener Manifest, Verhoeven was strangely enough never really counted among the filmmakers of the 'Neuer Deutscher Film' (German New Wave). Few other directors have so consistently and regularly chosen political subject matters for their films as Verhoeven, who often dealt with National Socialism and ignited discussions and sometimes even scandals with his films. Yet, he was always seen as a 'bourgeois' filmmaker with a humanistic, enlightening approach to the subject matters treated in his films. One reason for this could be the fact as that as an autonomous producer, he had to comply with commercial necessities, another reason could be his close relations with traditional theatre.

After his directorial debut, Verhoeven took on two film projects commissioned by Rob Houwer, "Engelchen macht weiter - hoppe, hoppe Reiter" (1968) and "Der Bettenstudent" (1969), both reminiscent of May Spils’ films. His film "o.k." about an authentic event from the Vietnam War, which he relocated to the Bavarian Forest, caused a massive scandal at the Berlinale in 1970, where the competition eventually had to be cancelled due to conflicts between the American delegation and the involved filmmakers. His short film "Tische" (1970) also dealt with the Vietnam War.

His film "Die weiße Rose" ("The White Rose", 1982) was the first bigger German film production about resistance fighters in the Third Reich. At the end of the film a title card stated that the original death sentences issued by the People’s Court for Sophie and Hans Scholl and other members of the resistance group were still not revoked. This led to a much-debated lawsuit, which eventually led to the annihilation of the People’s Court original verdict. With "Das schreckliche Mädchen" ("The Nasty Girl"), which was nominated for the Academy Awards in the Foreign Language Film category in 1991, Verhoeven returned to a similar subject matter, telling the story of a female student doing research on the Nazi past of her hometown and facing hostile treatment because of it.

Also many of his other films feature strong female leads, e.g. "Mutters Courage" ("My Mother's Courage", 1994), which again deals with National Socialism. Between his film projects, he directed Brecht and Horvath plays at the Münchner Kammerspiele and he has regularly been working for TV since the 1970s. Over the years, he directed several episodes of the popular German crime series "Tatort" and TV films such as "Schlaraffenland" (1990), an immediate and critical response to the German reunification. With his wife Senta Berger in the lead role of a taxi driver in Munich, he realized the popular TV series "Die schnelle Gerdi" in 1988, which he continued in 2003 with "Die schnelle Gerdi und die Hauptstadt".

In 2006, his documentary feature "Der unbekannte Soldat" ("The Unknown Soldier – What Did You Do in the War, Dad?") was released in German cinemas dealing with the war crimes committed by the Wehrmacht during the Second World War. Also in 2006, he received the Achievement Award of the Jewish Film Festival in Jerusalem for his tireless activism against National Socialism. His next documentary film "Menschliches Versagen" ("Human Failure", 2008) explored in how far the civilian population had profited from the systematic robbing of Jews. In "Die zweite Hinrichtung - Amerika und die Todesstrafe" (2011), Verhoeven focused on the practice and the societal effects of the death penalty in the USA. In addition to his cinema projects, he directed a number of episodes of the German TV crime series "Bloch".

In 2013/2014, Verhoeven shot the TV film "Let's go", an adaptation of Laura Waco's autobiographical novel about the difficult reunion between a young woman (Alice Dwyer) and her mother (Naomi Krauss), a Holocaust survivor. Subsequently, in 2014, he directed "Glückskind" another adaptation of a novel for the TV screen. Verhoeven worked again for the cinema in 2016, when he produced "Willkommen bei der Hartmanns", a comedy directed by his son Simon Verhoeven and starring his wife Senta Berger in one of the lead roles.

Michael Verhoeven and Senta Berger have by now been married for over 40 years. Their sons Simon Verhoeven and Luca Verhoeven both also work as actors, and respectively as director (Simon) and producer (Luca). Verhoeven’s niece, Stella Adorf, is an actor as well. In 2003, Felix Moeller shot a documentary film about the family, called "Die Verhoevens" ("The Verhoevens"). In 2006, Michael Verhoeven published a book about his family under the title "Paul, ich und wir". He is co-founder of the Deutsche Filmakademie and has received numerous film awards and prizes as well as political merits, among them the Josef Neuberger Medal awarded by the Central Council of Jews in Germany and the Order of Merit of the Federal Republic of Germany (1999).