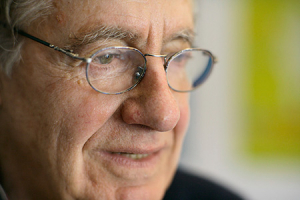 Peter Lilienthal, born November 27, 1929, in Berlin, left Nazi Germany with his mother in 1939 and emigrated to Uruguay. He started to study art history and law at the University of Montevideo and financed his studies with a job as a bank clerk. He discovered his love for the cinema in the university's film club and then participated in the production of socially critical short films. In 1954, Lilienthal returned to Berlin and two years later received a scholarship to study at the Institut des Hautes Etudes Cinématographiques (IDHEC) in Paris. Eventually, he returned to Berlin to study painting and formation and later experimental photography and film at Hochschule für Bildende Künste. In 1958, he finished the experimental animation film "Studie 23" together with fellow students. One year later, he made the TV documentary film "Im Handumdrehen verdient" for SFB. In the film, Lilienthal portrayed a barrel organ player and film projectionist.

From 1959 on, Lilienthal worked as an assistant director and producer for Südwestfunk (SWF) in Baden-Baden, where he finished his first film as a director, "Der Kirschgarten", in 1960. In 1961, he was hired as a permanent director. In 1964, Lilienthal moved to West Berlin and mainly worked as a freelance director for Sender Freies Berlin (SFB). In Berlin, he became mainly known for his TV adaptations of plays of the Theatre of the Absurd, including Fernando Arrabal's plays "Picknick im Felde" ("Picnic on the Battlefield") and Guernica", and Slawomir Mrozek's plays "Striptease" and "Das Martyrium des Peter O’Hey" ("The Martyrdom of Peter Ohey"). Lilienthal directed his TV versions in a markedly artificial way and repeatedly won TV awards for his films.

Peter Lilienthal made his directorial debut on the movie screen in 1970 with the film "Malatesta": The drama about the Italian anarchist and revolutionary by the same name won two German Film Awards in Gold for "Best direction" and "Best production". In 1971, Lilienthal was one of the founders of Filmverlag der Autoren but already left the film distribution company again in 1974. In 1972, he finished several TV documentary films, including "Shirley Chisholm for President" about the election campaign of the first female member of the US Congress.

During the following years, Lilienthal turned to a group of themes that he repeatedly focused on in the course of his career: the political events in Latin America. His film "La Victoria", filmed in Chile during the 1973 parliamentary elections, is centered on young woman who abandons her apolitical position and starts to support a female candidate of Allende's Unidad Popular party. With its blend of fictional and realistic elements, the film conveys the impression of authenticity and makes comprehensible how every single person becomes part of a historical process. With a similar topic like "La Victoria", "Es herrscht Ruhe im Land" ("Calm Prevails Over the Country") deals the consequences of the military coup in Chile in September 1973. Although Lilienthal tells the story of a fictional country in his film, the references are more than obvious. The film won the German Film Critics Award as well as the "Golden Bowl" Award at the German Film Awards.

"Der Aufstand" ("The Uprising", 1980) that won the German Film Award in Silver originated shortly after the victory of the Sandinista revolution in Nicaragua. The film's central theme is again the process of the realization of political awareness: In the course of the film, a soldier of dictator Somoza's National Guard joins the revolutionary movement of the Sandinistas.

In his other films during that period, Lilienthal dealt with decidedly German topics: "Hauptlehrer Hofer" ("Schoolmaster Hofer", 1974), for instance, is set at the beginning of the 20th century and depicts the efforts of a teacher to change the archaic structures in an Alsatian village. In his film "David" (1979), Lilienthal tells the story of a Jewish boy in the Berlin of the Nazi era who experiences the Holocaust mainly as the loss of his family. The film ran in the competition of the 1979 Berlinale Film Festival and won Peter Lilienthal the Golden Bear. Furthermore, the film received a German Film Award in Silver.

From the early 1980s on, Lilienthal's films experienced a shift in topic. From then on, his protagonists did no longer face epochal historical events anymore but had to fight against everyday societal and social violence. In the drama "Dear Mr. Wonderful" (1982), for instance, a New York carny loses his bowling alley to a building speculator – but still does not lose his courage to pursue new plans for the future. Lilienthal won the 1983 German Film Award in Gold for the direction of this film. In his film "Das Autogramm" ("The Autograph", 1984) that won a German Film Award in Silver, Lilienthal once again turned to the subject area of Latin America and presented hope as the optimistic result of failure.

Since the start of Lilienthal's career as a director, cinematographer Michael Ballhaus has been and still is one of his regular collaborators. Lilienthal himself sporadically appeared as an actor in films by his colleagues, for instance, as a gangster in "Der amerikanische Freund" ("The American Friend", 1977), directed by Wim Wenders.

From 1985 to 1996, Lilienthal was the director of the department "Film and Media" at Berlin's Akademie der Künste. In 1985, he also directed "Das Schweigen des Dichters" (1986), a drama about a writer who has become silent but overcomes his writer's block by engaging with his handicapped son. "Der Radfahrer von San Christobal" (1988), like most of Lilienthal's films about Latin American topics, was made in close collaboration with the writer Antonio Skármeta. "Don Giovanni oder Der bestrafte Wüstling" (1991) is a TV documentary film about Mozart's opera "Don Giovanni". "Angesichts der Wälder" (1995), a parable about the Israeli-Arabic conflict, was made as a German-Israeli co-production. Lilienthal's most recent film as a director deals with a current topic: "Camilo – Der lange Weg zum Ungehorsam" ("Camilo: The Long Road to Disobedience") was filmed in 2007 and portrays a conscientious objector in the United States as well as the father of an US soldier who had been killed in Iraq.

Until today, Peter Lilienthal teaches at Academy of Media Arts in Cologne and at Deutsche Film- und Fernsehakademie Berlin (dffb).