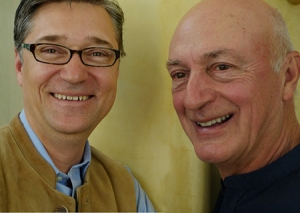 Felix Adlon was born in 1967 in Munich as the son of filmmaking couple Percy and Eleonore Adlon. Already as a teenager, he worked on the productions of his parents, and at the age of 20, he enrolled at the Ithaca College"s Roy H. Park School of Communication in New York. He majored in film and photography and in 1991 his thesis film "Till Death Do You Part" received the prze for best graduation project. The same year, Felix Adlon co-wrote the award-winning feature film "Salmonberries", which was directed by his father and produced by his mother. He also co-wrote "Younger & Younger", which starred Donald Sutherland, and got an additional credit as associate producer.

In 1996, the Adlons – who relocated to the US in 1989 –, founded the production company Leora Films, Inc. with Felix Adlon taking the post of Senior Vice President. In 1996, he starred in the semi-documentary drama "In der glanzvollen Welt des Hotel Adlon", for which Percy Adlon received the Bavarian Television Award. The following year, Felix Adlon made his debut as feature film director with "Eat your heart out". The romantic comedy about a young chef from Los Angeles, whose sudden TV fame threatens the relationship to his true love, was released in German cinemas in 2000.

Since 2006, Felix Adlon acts as managing director of the pelemele Film Gmbh, and in 2007, he also became co-president of Leora Films. He and his father co-directed the humorous drama "Mahler auf der Couch", which opened in theatres in summer 2010.