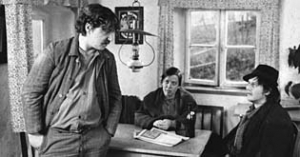 The film tells the story of the legendary bandit Mathias Kneißl who lived around the turn of the 19th century in Bavaria. His father and his grandfather who had also been an infamous bandit had already been killed by the police. After serving a sentence for civil disorder, Mathias tries to earn his living with honest work. But it does not take long until he reoffends the law. He flees to the Bavarian forests and already during his lifetime becomes a legendary figure as a bandit. In a large-scale mission, the police finally manage to capture Kneißl. In court, he is sentenced to death and is beheaded in Augsburg in February 1902.