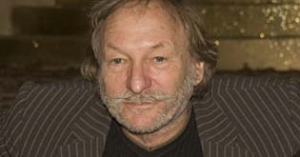 Franz Xaver Kroetz, born February 25, 1946, in Munich, grew up in Simbach in Lower Bavaria. He started to study at Vienna"s Max Reinhardt Seminar already at the age of 16, but dropped out two years later. During the following years, Kroetz worked as a motorist and male nurse and also made his first appearances as an actor at several German theatres. At the same time, he already started to write a series of plays. After working as an assistant director in Darmstadt, Kroetz became the resident author of Städtische Bühnen Heidelberg.

In 1971, Kroetz made his breakthrough as a playwright when his one-act plays "Heimarbeit" and "Hartnäckig" premiered at Munich"s Kammerspiele and became a huge success with critics and theatre goers alike. The media attention escalated when neo-fascists tried to obstruct the premiere of the socio-critical plays. During the 1970s, Kroetz, a member of the DKP from 1972 to 1980, who ran a candidate for the federal election in 1972 and 1976, became the most successful dramatist of German theatre.

Most of his plays are comtemporary and socio-critical plays about people whose lifes are severely threatened by the social situation they are living in. His most important plays include "Maria Magdalena" (1974), "Das Nest" (1975), and "Mensch Meier" (1979). Besides more than 50 plays, Kroetz also wrote several radio plays, screen plays, and novels and also worked as a theatre director. During his career, he won the Bertolt Brecht Literaturpreis (1995), the Order of Merit of the Federal Republic of Germany (2005), and the Marieluise Fleißer Preis (2007), among others.

As a film and TV actor, Kroetz is mainly known for his portrayal of the yellow press reporter Baby Schimmerlos in Helmut Dietl"s satirical TV series "Kir Royal" (1986). Despite the huge success of the TV series and the critical acclaim, especially for his performance, Kroetz has only appeared sporadically in film and TV productions since, for instance in ambitious productions like Adolf Winkelmann"s "Der Leibwächter" or Xaver Schwarzenberger"s "1809 – Die Freiheit des Adlers", but mainly in minor roles in TV crime series such as "Die Rosenheim Cops" and "Tatort". In 2004, Kroetz completely withdrew from the film and TV business and did not return to the screen until 2008: In Joseph Vilsmaier"s "Die Geschichte vom Brandner Kaspar", Kroetz plays the title role.