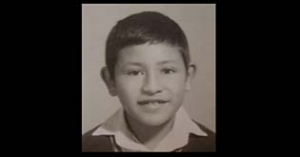 José Antonio Gutierrez was one of the 300,000 soldiers sent by the US Army to war in Iraq. A few hours after the war began, his picture was broadcast all over the world: he was the first American soldier to be killed in the war. He was there as a so-called green-card soldier – one of approximately 32,000 fighting in the ranks of the US Army for a foreign country.

The film tells the moving and nearly unbelievable story of a one-time street kid from Guatemala, who headed north along the Pan-American Highway – full of hopes and desires for a better future – ultimately to die an American hero far from home.

Searching for the images and stories that made up this life, we set out to retrace José Antonio’s path – from Guatemala through Mexico and into the USA.

This story is told by the people who knew José Antonio: his friends from the street, the social workers at the orphanage, his sister, his foster family, his comrades at Camp Pendleton in the United States Marines.

But the narrators of the film are also the people we encountered as we were repeating José Antonio’s odyssey from the world of the poor to the world of the rich. People who day after day join the endless stream of emigrants – with no identity, no papers – equipped with nothing but their ability to work and their willingness to turn their backs on home and family forever.

José Antonio’s story is no adventurer’s tale. It is the story of an attempt to survive – on both sides of the world.