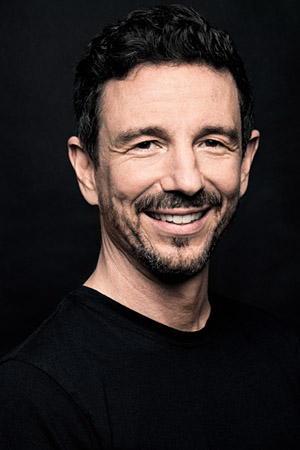 Oliver Berben was born in Munich on August 29, 1971. Before starting his career as a producer and director, he studied electrical and aerospace engineering at the Technical University of Berlin. However, he did not finish his studies, but instead worked as a production assistant and production manager on commercial film productions. Between 1985 and 1995, Berben was assistant director on various television films before founding the production company MOOVIE the art of entertainment GmbH in Berlin in 1996 together with director Carlo Rola, which merged with Constantin Film AG, then headed by Bernd Eichinger, in 1999.

Since then, Berben has produced more than 200 television series and TV and feature films, working with a large number of renowned directors and actors. His projects also include the television crime series "Rosa Roth," broadcast by ZDF from 1994 to 2013, in which his mother Iris Berben played the leading role - as she did in many other of his productions.

In the course of his career, he produced a great number of acclaimed productions, many of which were very successful with audiences, including the feature film "Sass," (2001) starring Ben Becker and Jürgen Vogel as a notorious pair of burglars, the miniseries "Die Patriarchin" (2005), starring Iris Berben, which won the "Goldene Kamera" for best TV movie, and the feature film "Elementarteilchen" ("Atomized", 2006), directed by Oskar Roehler. Oliver Berben produced and also directed the SAT.1 TV movie "Teufelsweib" ("The Beast", again with his mother in the title role) in 2000.

From 2016 to 2019, Berben also co-produced 22 episodes of the U.S. Netflix fantasy series "Shadowhunters" about teenager Clary Fray, who learns she is a Shadowhunter. He was also involved in the Netflix series "Resident Evil" (2021- ) as a co-producer.

From January 2009, Berben was a managing director at Constantin Film Produktion GmbH. Since January 2021, Berben has been Deputy Chairman of the Management Board of Constantin Film AG and heads the TV, Entertainment & Digital Media division.