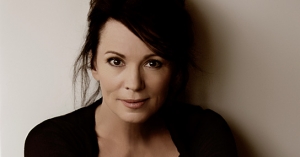 Iris Berben, born August 12, 1950, in Detmold, grew up in Hamburg but left school shortly before her final exams and traveled to Israel. In 1968, she was an active member of the protest movement. Her movie career began with short films at Hamburg's Kunsthochschule, and her first feature film was "Detektive", directed by Rudolf Thome. Iris Berben took dancing and motion classes in London and studied language and voice with Hoffmann de Boer in Berlin. During the following years, Berben appeared in numerous film and TV productions, including Klaus Lemke's "Brandstifter" or the TV series "Himmlische Töchter" (1976), that made Berben widely known.

During the 1980s, Berben starred in comedies, including "Ach du lieber Harry" ("Oh My Dearest Harry") with Dieter Hallervorden, and "Siggi, der Straßenfeger" with Harald Juhnke, and in Michael Pfleghar's TV comedy series "Sketchup" alongside Diether Krebs. From the mid-1990s on, Berben played inspector Rosa Roth in the ZDF TV series of the same name. On the movie screen, Berben was seen in Peter Timm's "Rennschwein Rudi Rüssel" ("Rudy, The Racin Pig", 1995), in Doris Dörrie's "Bin ich schön?" ("Am I Beautiful?", 1998), and in Markus Imboden's "Frau Rettich, die Czerni und ich" ("Mrs. Rettich, Czerny And Me", 1998), among others. Besides her continually successful TV crime series "Rosa Roth", Berben appeared only in TV productions between 2000 and 2008. She won the German TV award in 2005 and in 2006 for her performances in the family drama "Die Patriarchin" and in Matti Geschonneck's tragicomedy "Die Silberhochzeit", that was written by Daniel Nocke.

Berben, who is involved in several social issues, for instance in the fight against right wing extremism, or as a member of the board of trustees of the German Aids foundation, did not return to the movie screen until late 2008: In Heinrich Breloer's Thomas Mann adaptation "Die Buddenbrooks" ("Buddenbrooks – The Decline of a Family"), Berben played Elisabeth Buddenbrook.

Apart from acting, Iris Berben has also worked continuously for several charitable causes dedicated to reconciliation and the fostering of relations between Germany and Israel. For her efforts, she was awarded the Bundesverdienstkreuz (First Class), Women's World Award for Tolerance and the renowned Leo Beck Award. In 2008, she was presented with a lifetime award for her career and humanitarian work by the Deutschen Volkshochschul-Verband at the annual Adolf Grimme Awards.

She also remained busy as an actress: In 2009, she co-starred alongside Katharina Schüttler in "Es kommt der Tag", in which Berben plays a woman who is confronted with her long gone past as a terrorist by her daughter. That she can play comedy just as brilliant as drama, was proven again by her hilarious, over-the-top performance as the super villain "Q" in the kid adventure romp "Tiger Team".

Her portrayal of industrialist's wife Bertha Krupp in the miniseries "Krupp - Eine deutsche Familie" (2009) garnered her actor nomination at the 2010 Emmy Awards. She next starred as a stressed-out mother in the made-for-TV comedy "Meine Familie bringt mich um" (2010) and as a movie star, whose life is turned upside down in "Niemand ist eine Insel" (2011). In June 2011, she received a Bavarian Television Award for her lifetime achievement.

In Matti Geschonneck's tragicomedy "Liebesjahre" (2011, TV) Berben played a divorced woman who is confronted with her ex-husband and past conflicts. Along with Geschonneck and writer Magnus Vattrodt, Berben won a Grimme Award for her performance. She went on to play a woman under witness protection in the thriller "Die Kronzeugin - Mord in den Bergen" (2013) and composer Richard Wagner's second wife Cosima in "Der Wagner-Clan. Eine Familiengeschichte" (2013).

After a string of high-profile television productions, Iris Berben returned to the big screen with starring roles in the comedies "Anleitung zum Unglücklichsein" ("The Situation is Hopeless, But Not Serious") and "Miss Sixty" (2014).

Iris Berben gave another strong performance in "Sternstunden ihres Lebens" (2014, TV), a political drama about the drafting of Article 3 of the Basic Law for the Federal Republic of Germany (anti-discrimination act; gender equality). In the film, she played the lead role, portraying Social Democrat Elisabeth Selbert.

Matti Geschonneck cast her in his period drama "Das Zeugenhaus" (2014, TV), in which she starred in another lead role as a Hungarian countess, whose villa is used to house witnesses of the war crime trial in Nuremberg in 1945. In cinema, Iris Berben starred in the romantic comedy "Traumfrauen" (2015) as a wife recently left by her husband soon finding herself entangled in amorous confusions. Subsequently, she turned to TV productions again, e.g. portraying the German chancellor who after an accident suffers from amnesia and believes herself to be in the GDR in 1989 in Markus Imboden's "Die Eisläuferin" (2015). In Buket Alakuş' "Die Neue" (2015), she played an idealistic teacher who faces a conflict when a new, Muslim pupil insists on wearing a headscarf in class. In 2016, she appeared in the biopic "Eddie the Eagle" (US/GB/DE) as a Bavarian pub owner that resolutely supports the British Olympic sportsman Michael "Eddie" Edwards. In the same year, she played a modern Titania from "A Midsummer Night's Dream" in Achim Bornhak's idiosyncratic Shakespeare adaptation "Shakespeares letzte Runde". In 2017, she was the young main character's grandmother in the children's film "Conni & Co" as well as in the film's sequel "Conni & Co 2 – Das Geheimnis des T-Rex". Alongside Klaus Maria Brandauer she starred in the TV series "Capelli Code" (air-date: 2019), where she portrays the German Home Secretary who is being kidnapped.

In 2010, Iris Berben and Bruno Ganz were elected presidents of the Deutsche Filmakademie. From 2013 to 2019, Berben held the office alone, succeeded by Ulrich Matthes. On the big screen she was a member of the ensemble of Sönke Wortmann's satire "Der Vorname" ("How About Adolf?" 2018), about a dignified dinner among friends that escalates after the one of the attending couples announce they plan to name their unborn child Adolf. Iris Berben had TV roles as the quirky actress in "Alt, aber Polt" (AT 2018) and in the title role of Dominik Graf's "Hanne" (2018), about a woman who a day after her retirement learns that she may have a serious illness. For this role she won the Prize for Acting at the Festival of German Film in Ludwigshafen.

In 2019 Berben was awarded the Honorary Prize at the Max Ophüls Film Festival. In the same year she was awarded the Bavarian Constitutional Medal in Gold, followed in 2020 by the Order of Merit of the State of North Rhine-Westphalia.

Nina Grosse cast Berben in "Nicht tot zu kriegen" (2020) as a film and show diva who is planning a comeback and is suddenly followed by a stalker. The film was broadcast on German TV for the first time on the occassion of Berben's 70th birthday in August 2020. On the same occasion, "Mein Altweibersommer" was braodcast, starring Berben as a successful entrepreneur, wife and mother who breaks out of her comfortable life to go on tour with a small travelling circus.