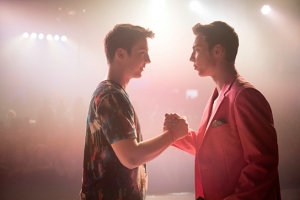 Feature film starring and directed by YouTube celebrities Heiko and Roman Lochmann, teenage twin brothers who became famous for their music videos. In the film they play themselves preparing their first real life concert. Their young fans indulge in euphoric anticipation that takes on different forms: While the quiet Bella has secretly fallen in love with Roman, her sassy sister Jessy is relentlessly trying to get close to the brothers just to bathe in their glory. Having won Heiko's affections by malicious tricks, things seem to turn out as planned for her. Fortunately, Bella steps in for the rescue and helps the brothers realize they are being played.