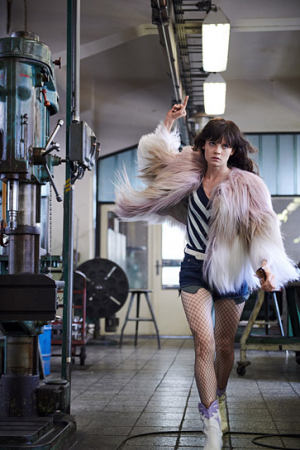 We Children from Bahnhof Zoo

Contemporary new interpretation of the biographical novel of the same name: The six friends Christiane, Stella, Babsi, Benno, Axel and Michi chase their dreams of freedom and happiness in Berlin. In their search for themselves, each of the teenagers has to deal with their own personal problems. To leave all their worries behind for a while, the adolescents throw themselves carefree into the nightlife of the big city. In the process, they also succumb to the temptation to consume hard intoxicants for the first time. For a while, the teenagers celebrate life without compromise, until their addiction causes them to slip further and further into the drug scene. Soon they become painfully aware that not only their friendship is in danger of breaking up, but also that their lives are at stake.