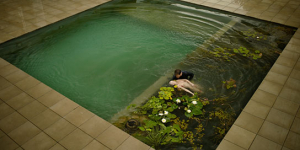 A young, headstrong profiler with unusual investigation techniques sets about gathering evidence after a series of brutal murders are reported in the Lower Rhine region. One of the leads takes her into the past – to five boarding school pupils who began experimenting with the mystery of human scent in their quest for power and love...