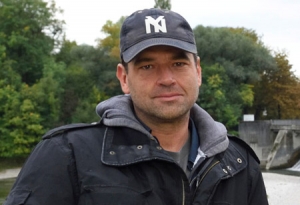 In his TV movie "Die Hoffnung stirbt zuletzt" ("Hope Dies Last"), Rothemund approached a far more serious topic. Based on a true story, the highly praised, and emphatically played and directed drama tells the story of a young female police officer who is driven into suicide by her colleagues. In 2004, Rothemund took on the fate of another woman in his following film "Sophie Scholl – Die letzten Tage" ("Sophie Scholl – The Final Days"). The intimately played drama about the imprisonment, conviction and execution of the resistance fighter Sophie Scholl won several German as well as international film awards. Furthermore, Julia Jentsch, who plays Scholl in the movie,won the Silver Bear as "Best actress" at the 2004 Berlinale.

With his next film, "Pornorama oder Die Bekenntnisse der mannstollen Näherin Rita Brauchts", Rothemund returned to the comedy genre. Set against the background of the sexual revolution at the end of the 1960s, the comedy tells the story of two rather unalike brothers who want to make a softcore film to become rich and famous. In his next film, the romantic comedy "Groupies bleiben nicht zum Frühstück" ("Single By Contract") he tells the story of a teenage girl that falls in love with a pop star – and doesn't even know he's famous.

In Rothemund's next film "Mann tut was Mann kann" ("Men Do What They Can", 2012), which was released to positive reviews, Wotan Wilke Möhring, Jan-Josef Liefers and Oliver Korittke star as three friends who have to deal with the ups and downs of love. Also in 2012, Rothemund started to work on "Heute bin ich blond" ("The Girl With Nine Whigs"), an adaptation of the bestselling novel by Dutch author Sophie van der Stap. The film features newcomer Lisa Tomaschewsky as a university freshman who is diagnosed with cancer, yet keeps living life to the fullest. The film opened in Spring 2013.

Subsequently, Rothemund realized a sequel to his box office hit "Mann tut was Mann kann": The comedy "Da muss Mann durch" (2014) tells about Paul, damaged goods due to failed relationships, who is trying to convince the parents of his one-and-only of his qualities. The film could not match its predecessor's success, however.

In the winter of 2015, Rothemund started the shooting of his next film: "Mein Blind Date mit dem Leben" (to be released in 2016). Based on a true story, the tragicomedy is about a nearly blind man, who, for more than fifteen years, makes everyone around him believe he had regular eyesight.

Rothemund's next film was also based on a true story: "Das bescheuerte Herz" ("This Crazy Heart", 2017) is about the unusual friendship between a restless bon vivant and a teenager with a serious heart condition. The film won awards for Best Film at the festivals in Gijón (Spain) and Giffoni (Italy), among others. The film was theatrically released in December 2017.