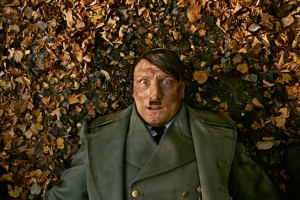 It is summer 2015 and Adolf Hitler suddenly wakes up on an empty plot of land in present-day Berlin, 70 years after his presumed demise. The war is over, his party is no more, and his beloved Eva is not there to console him. But, against all the odds, Adolf begins a new career on television because he is universally mistaken for a brilliant comedian – even though he is indeed the genuine article....