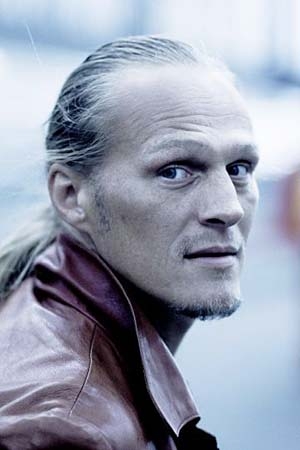 Friedrich often plays proletarians, social outcasts or dodgy characters. He portrayed a pimp in "Hurensohn" (2003), an oddball janitor in "Silentium", a hippie in "Die Unerzogenen" (2007), a mischievous caretaker in "Import / Export" and a seedy gangster in "Das wilde Leben" (2008). Opposite Moritz Bleibtreu he starred in "Mein bester Feind" (2011), playing an opportunist who sells his Jewish friend down the river during the German occupation of Vienna. In Jan Schomburg's "Über uns das All" he plays alongside Sandra Hüller.

In the same year, he elated critics and the audience alike as a grumpy mortician in the award-winning social drama "Atmen" (AT). A delightfully comedic appearance as a Baghwan follower in Marcus H. Rosenmüller's comedy "Sommer in Orange" ("My Life in Orange") was to follow. In a very prestigious and demanding role, Friedrich featured as Faust's student Wagner in Aleksandr Sokurov's radical re-interpretation of "Faust" (RU 2011) which won the Golden Lion in Venice.

In Christoph Schaub's black comedy "Nachtlärm" ("Lullaby Ride", CH/GER) he played a part time crook who, together with his girlfriend, steals a car – without realizing that a baby is sleeping on the backseat. He had small, but memorable parts in Detlev Buck's "Die Vermessung der Welt" (2012) and in "Eastalgia – einfach leben" (2012). Late 2013 saw the release of "Annelie", in which Friedrich plays a drug addict whose home, a former hostel, is about to be condemned.

His performance as a ruthless gangster in the 2015 psychological thriller "Stereo" garnered him a nomination for the Deutsche Schauspielerpreis. In 2016, Friedrich starred in the mystery drama "Aloys" (CH/FR) and appeared as a mean-spirited office manager in Nicolette Krebitz' "Wild".

Starring opposite Cornelia Froboess, he made a memorable turn as a shady bar owner who hosts illegal poker games in the comedy "Pokerface - Oma zockt sie alle ab" (2016, TV). He next reprised his role as gangster Schorsch from "Nacktschnecken" ("Slugs", AT/DE 2004) and "Contact High" (2007) for "Hotel Rock'n'Roll" (AT), which concluded the trilogy. Following the comedy "Der Hund begraben" (2016), Friedrich played the vengeful brother of a murdered saloon owner in the TV western miniseries "Winnetou" (2016).

Georg Friedrich appeared in two films running in the competition of the 2017 Berlin IFF: In Josef Hader's tragicomedy "Wilde Maus" ("Wild Mouse", AT/DE 2016), he played the long-time friend of the protagonist; in Thomas Arslan's "Helle Nächte" ("Bright Nights", 2017), he portrayed an engineer who recently lost his father and now tries to reconnect with his own 13-year-old son on a trip through rural Norway. For his role in "Helle Nächte" Friedrich was awarded the Silver Bear for Best Actor.

After that, in 2018, he played the main character Robert Green in the short feature film "Midas oder die schwarze Leinwand", a company boss who is pressured into staging a suicide in order to clean up the company's image. In that same year, he portrayed the morally suspect character Ronny in Detlev Buck's "Asphalt Gorillas" alongside Jannis Niewöhner and Samuel Schneider.

In the Hesse adaptation "Narziss und Goldmund" (2020) by Stefan Ruzowitzky, Georg Friedrich then appeared in a supporting role as a duke. In Sebastian Meise's "Große Freiheit," which premiered at Cannes in 2021 and won a jury prize there, he portrayed the murderer Viktor, who after initial differences finds a companion in his struggle in the homosexual fellow inmate Hans (Franz Rogowski) with whom a deep relationship develops.