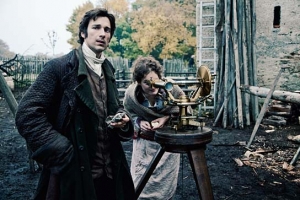 In 2005, Daniel Kehlmann's novel "Measuring the World" had just entered the best-seller list when producer Claus Boje of Boje Buck Produktion secured the film rights to Kehlmann's reimagining of the lives of the German mathematician Carl Friedrich Gauss and German geographer Alexander von Humboldt and their many groundbreaking ways of measuring the world, evolving from their meeting in 1828 on the occasion of the first German Scientific Congress in Berlin organized by Humboldt.