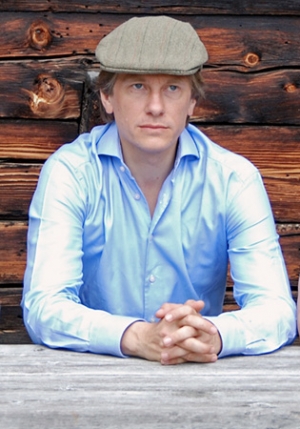 Benjamin Heisenberg was born in Tübingen in 1974. After finishing school he studied sculpture at Munich's Akademie der Bildenden Künste from 1993 to 1999. In addition, he enrolled in the director's class of Munich's Hochschule für Film und Fernsehen in 1997. Then, in 1998, he – together with Christoph Hochhäusler and Sebastian Kutzli – established "Revolver", a movie magazine with essays and interviews on developments and important persons of the German and international film scene.

At the same time, Heisenberg exhibited video installations in Munich galleries and museums. In 1999, he received the Leonard and Ida Wolf memorial prize, as well as a municipal prize for plastic arts of the city of Munich. After several short and experimental films, Heisenberg and Christoph Hochhäusler wrote the script to "Milchwald" ("This Very Moment", 2003), which was directed by Hochhäusler.

"Schläfer" is Heisenberg's first feature film and his final project for Munich HFF. In it, Heisenberg tells the story of a young postgraduate who – after a momentous and questionable decision-making process – agrees to collaborate with the secret service in order to spy on an Algerian colleague, a suspected terrorist. The film was shown in the section "Un Certain Regard" of the Cannes Film Festival and received the First Steps Awards in the category of "feature film".

Heisenberg’s second feature film was invited into the competition of the 2010 IFF Berlin: Based on true events, "Der Räuber" is the story of a marathon runner and bank robber, who plans his crimes with the precise focus of a professional athlete."Der Räuber" garnered Heisenberg the Bavarian Film Award for Best New Director and the 2011 Austrian Film Award for Best Director.

His next feature film "Über-Ich und Du", a comedy about two highly unlike men who have to live together, premiered in the Panorama section of the 2014 Berlin IFF.