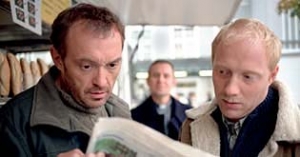 An adaptation of the eponymous crime novel by author Wolf Haas: A series of suicides in Salzburg culminates when the son-in-law of the festival president is found dead. But his widow thinks he was murdered, and hires dogged private eye Simon Brenner to investigate the case. Shortly before his demise, her husband had accused his former teacher, now the archbishop of Salzburg, of sexual molestation. Brenner discovers a dark abyss of child abuse, human trafficking, prostitution and corruption with connections to the festival president and the Catholic Church. Then another murder occurs, and Brenner himself becomes a suspect.