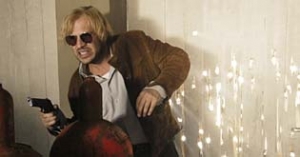 Germany during the 1970s: Andreas Baader, Ulrike Meinhof, and Gudrun Ensslin, children of the "Nazi generation", start their fight against everything they regard as the "new fascism": The US policy in Vietnam, the exploitation of the Third World, and the position of the West towards the simmering conflict in the Middle East. In the process, the group becomes more and more radical until it turns into the Rote-Armee-Fraktion (RAF) – a terror group that inflicts the country with more and more bloody assassination attempts and that kills prominent German politicians and economic leaders. The opposite side is represented by Horst Herold, the head of the Federal Criminal Police Office, who sharply condemns the group's crimes and successfully chases RAF members but at the same time tries to understand the motivations of the terrorists.