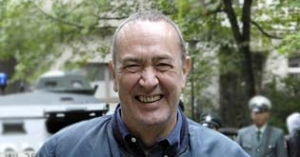 Bernd Eichinger was born April 11, 1949, in Neuburg/Donau as the son of the doctor Manfred Eichinger and his wife Ilse. He grew up in Reichartshofen, attended a boarding school in the Bavarian Forest and obtained his A-levels at the Erasmus Grasser Gymnasium in Munich. During his time at school, Eichinger occupied himself with writing, painting and music rather than with film. In 1970, however, he enrolled at the newly-established Academy for Television & Film in Munich. In addition, he gained practical work experience at the Bavaria Atelier GmbH. In 1973, he finished his directing studies (with focus on production) with the 45-minute film "Weihnachtsmärchen", in which he also played the leading role alongside Marquard Bohm. The sound was done by Peter Fratzscher, Ulrich Edel acted as assistant director.

Subsequently, Eichinger wrote screenplays and worked as head of production at the Bavarian Broadcasting Corporation. In 1974, he founded his own production company Solaris Filmproduktion with a capital stock of DM 20.000. While producing his first movies, he was lucky enough to be able to benefit from existing financing networks.Thus, he made use of depreciation money (Roland Klick’s Simmel adaptation "Lieb Vaterland magst ruhig sein"), funding money ("Der starke Ferdinand", directed by Alexander Kluge), or television money ("Falsche Bewegung", directed by Wim Wenders).

When Constantin Film was in trouble in 1979, Eichinger composed a 30-page study on mistakes, shortcomings and possible solutions for financial reorganization. Subsequently, he became both a co-partner and general manager of the company, which he renamed Neue Constantin. The first big project was supposed to be the adaptation of the bestselling biography "Christiane F. – Wir Kinder vom Bahnhof Zoo" ("We Children from Bahnhof Zoo"). Eichinger – a comics fan with a passion for sneakers and jeans – planned to turn the popular German book into a movie, which could also be distributed internationally.

Despite being a follower of clearly-structured narrative films, he repeatedly had to collaborate with headstrong individualists such as Wenders, Kluge, and Reitz in the past. This time around, he himself could choose a director. His first choice was Roland Klick whose films "Deadlock" (1970) and "Supermarkt" (1973) had proven that innovative directing and public appeal do not have to contradict each other. The collaboration promised to establish a competitive German alternative to Hollywood – something Rainer Werner Fassbinder had in mind, too. Just like Fassbinder, however, Eichinger is a power seeker, unable to collaborate with other strong personalities. Thus, Uli Edel and Wolfgang Petersen, two rather adaptable craftsmen, became his favorite directors. Much later, Eichinger was able to befriend members of the third generation of New German Cinema such as Doris Dörrie, Sönke Wortmann, Nico Hofmann, and Joseph Vilsmaier. While "Christiane F." and "Last Exit Brooklyn" were directed by Uli Edel, Wolfgang Petersen directed "Das Boot" ("The Boat") and "Die unendliche Geschichte" ("The Neverending Story").

In spite of having only a comparatively small budget at his disposal, Eichinger soon became a central figure in German cinema and involved himself actively in every aspect of the filmmaking process - even if he acted as 'just' the distributor. To strengthen his capital, the German media group Kirch-Gruppe joined the Neue Constantin as a minor shareholder. The actual balance of power remains unclear.

In 1985/1986, Eichinger realized his most ambitious and possibly most felicitous project, the adaptation of Umberto Eco’s historical novel "The Name of the Rose" (directed by Jean-Jacques Annaud). Luckily, media mogul Kirch allowed Eichinger to take all the liberties he wanted.

In 1991, Eichinger established the subsidiary Constantin Film Development Inc. in Los Angeles. However, his Hollywood dream of being able to produce big budget movies shot in English eventually turned out to be a disappointment.

Frustrated, he went back to his German roots in 1995. He developed a 12-part series labeled "German Classics" for the Kirch-controlled television station Sat.1. The series was comprised of remakes of past film successes. Sat.1 broadcasted the first four of these movies during the 1996 holiday season. Films by Rolf Thiele (1958), Georg Tressler (1956), Hans Quest (1955), and Ladislao Vajda (1958) were adapted for television: Eichinger himself directed "Das Mädchen Rosemarie" ("A Girl Called Rosemary"), Urs Egger directed "Die Halbstarken", Sönke Wortmann directed "Charley"s Tante" ("Charly’s Aunt"), and Nico Hofmann directed "Es geschah am hellichten Tag". Despite heavy promotion, however, the ratings were low. It seems unlikely that the series will ever be continued. Hofmann’s contribution received the best reviews, probably because the issue of child abuse is still of current interest. Eichinger’s film, on the other hand, drew some (possibly unjustified) scorn. "Das Mädchen Rosemarie" was his first true directorial effort, shot quickly and on a low-budget, simplistically melodramatic – and by no means worse than for example Fassbinder’s "Lola".

With Helmut Dietl’s "Rossini oder die mörderische Frage, wer mit wem schlief" ("Rossini", 1997), Eichinger and his Munich clique received their very own film saga. Dietl realized that Eichinger has a somewhat polarizing personality: One can either love him or hate him. To judge him fairly, however, is difficult. He is criticized by many people who are unable to accomplish what he has accomplished. He has learned how to balance success and failure. And while disliking auteur movies, he loves cinema.

In 1999, Eichinger directed "Der Große Bagarozy" ("The Devil and Ms. D") for the big screen. On occasion of the premiere, he converted the area surrounding the Munich "Maxx" movie theater into a nocturnal Arcadia.

With the television film "Vera Brühne" (2001), Bernd Eichinger took on yet another specifically German topic. "The story must be right. That’s all that counts in filmmaking." Attaching great importance to the choice of subject, Eichinger keeps switching between national topics – including the slapstick comedy "Ballermann 6" – and spectacular international productions. In 2001, he produced Paul W. S. Anderson’s computer game adaptation "Resident Evil", starring Milla Jovovich.

Due to Constantin Film’s poor financial situation Eichinger resigned from his position as chairman and concentrated on his work as a producer. He helmed Rainer Matsutani’s "666 – Traue keinem, mit dem du schläfst" ("666: In Bed with the Devil") for Engram Pictures and the teenager comedy "Knallharte Jungs" for Constantin Film Produktion GmbH. Meanwhile, Michael "Bully" Herbig’s "Der Schuh des Manitu" ("Manitou's Shoe"), a parody of the German-made Winnetou westerns of the 1960s, emerged as the most successful German film in decades. Being involved as both a co-producer and distributor, Constantin was able to improve its balance sheet.

"Der Untergang" ("The Downfall", 2003/2004) drew international attention. Written and produced by Bernd Eichinger, the elaborately staged drama about the final days of Adolf Hitler provoked a lot of discussion and made a lot of money both at home and overseas. Furthermore, it received an Academy Award nomination for Best Foreign Language Film.

With Uli Edel, Eichinger collaborated on yet another monumental piece of work: Based on Stefan Aust’s standard reference book of the same title, "Baader Meinhof Komplex" ("The Baader Meinhof Complex") traces the history of the West German terrorist group Red Army Fraction (RAF). The screenplay was written by Bernd Eichinger. Featuring a prominent cast of actors, "Baader Meinhof Komplex" received a lot of public attention on its release in September 2008.

On January 24th 2011, Bernd Eichinger unexpectedly passed away in Los Angeles after suffering from a severe heart attack. His untimely death was a shock to the worldwide film community.