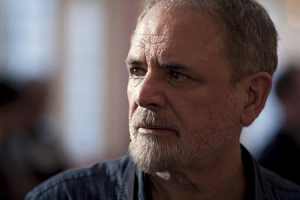 Uli Edel, born April 11, 1947, in Neuenburg am Rhein, at first studied theatre studies and German philology before he went to Munich's Hochschule für Fernsehen und Film (HFF). There, he met Bernd Eichinger who then produced Edel's short films. Eichinger and Edel already started their long-time collaboration in Munich. After his graduation, Edel worked as an assistant director and editor for Douglas Sirk.

In 2000, Edel won the German film award for the Best children's film for the international co-production "Der kleine Vampir" ("The Little Vampire", 2000). Edel's TV epic film "Die Nibelungen" ("Ring of the Nibelungs", 2004), starring Benno Fürmann as Siegfried, was also realised as an international co-production. In 2007, Bernd Eichinger and Uli Edel got together again for the film version of the seminal book about the RAF, Stefan Aust's "Der Baader-Meinhof-Komplex" ("The Baader Meinhof Complex").

In 2019, he was responsible for the emigration drama "Der Club der singenden Metzger" ("The Master Butcher") with Jonas Nay. The film, based on the novel of the same name by U.S. author Louise Erdrich, tells the story of two German families who set out for America after World War I to start a new life. In the same year, Edel directed an adaptation of Volker Weidemann's biographical novel "Ostende 1936," about a group of German writers who, fleeing the Nazis, reunite for the last time in the Belgian seaside resort of Ostend. The leading roles include Lars Eidinger as Joseph Roth and Ella Rumpf as Irmgard Keun. His next directorial work was also based on a piece of literature: The crime film "Unterm Birnbaum" (TV, 2019) with Julia Koschitz is a modern production of the famous novella by Theodor Fontane.