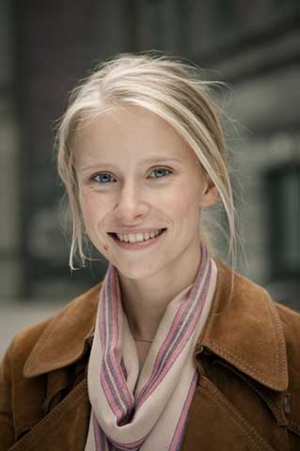 Susanne Bormann, born August 2, 1979, in Kleinmachnow, became an actress rather by accident when she landed a supporting role for Michael Gwisdek"s "Treffen in Travers" in a school casting in 1988. But before she started her acting career, Bormann finished school in 1999. Since then, she has starred in numerous movie and TV productions. She became known to a wider public in 1995 in a leading in the TV movie "Abgefahren" about a group of so-called "crash kids" that won a Grimme award in 1996. Bormann then starred in two films by Andreas Dresen, "Raus aus der Haut" ("Changing Skins", 1997) and "Nachtgestalten" ("Night Shapes", 1999). Both films won her the award as best actress at FilmKunstFest Schwerin and consolidated Bormann"s reputation as one of the most promising young German actresses. For her performance in "Nachtgestalten", Bormann was also nominated for a German film award.

From 2000 to 2005, Bormann enrolled at Hochschule für Musik und Theater in Rostock. She then played at Nuremberg"s Staatstheater until 2007 and was seen in productions of Schiller"s "Die Räuber" ("The Robbers") and of Neil LaBute"s "The Shape Of Things". Besides her work with director Andreas Dresen, Bormann"s most important films and TV productions include her parts in "Schlaraffenland" ("Paradise Mall", 1999), "Schimanski muss leiden" (2000, TV), "Liegen lernen" ("Learing to Lie", 2003), and "Dresden" (2006, TV).