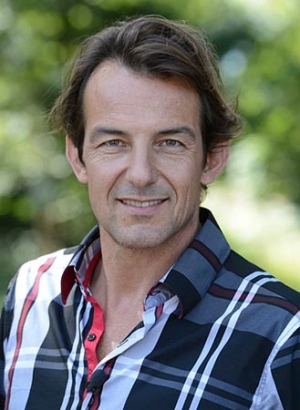 Hans-Werner Meyer was born in Hamburg on April 14 1964. He studied acting at the Hochschule für Musik und Theater in Hannover. He became a company actor at the Residenztheater in Munich in 1990, before joining the Berliner Schaubühne in 1993. The following year he made his screen debut in a supporting role in Joseph Vilsmaier's "Charlie & Louise – Das doppelte Lottchen". Since then, Meyer has starred in numerous film and TV productions. He played an uncompromising police detective in Nico Hofmann's "Es geschah am hellichten Tag" (1996) and a ruthless murderer in the TV thriller "Blutsbrüder". Vilsmaier  gave him the role of legendary director Joseph von Sternberg in the Marlene Dietrich biopic "Marlene", and Hark Bohm did cast him as lawyer Wilhelm Haddenhorst for the two-part TV drama "Vera Brühne" (2000).

In 2000, Meyer won the Bavarian Television Award for his performance as a police profiler in the TV series "Die Cleveren". He also received two consecutive nominations for the German Television Award for this role. Also among his memorable TV roles number the closet gay family man in the 2001 made-for-TV drama "Eine außergewöhnliche Affäre", Olympia champion Dieter Baumann in "Ich will laufen – Der Fall Dieter Baumann" (2004), a charming yet reckless yuppie in the tragicomedy "Was für ein schöner Tag" (2005) and the head of human trafficking syndicate in the miniseries "Im Zeichen des Drachen" (2006).

He starred opposite Franke Potente in the 2011 TV biopic "Beate Uhse", and opposite Veronica Ferres in the made-for-TV disaster movie "Tsunami" (2012).

Since 2012, Meyer has a starring role as police detective Oliver Radek in the TV series "Letzte Spur Berlin". In Franziska Buch's feature film "Adieu Paris" (2013), he is seen as an exhausted bank manager whose life takes an unexpected turn following a chance acquaintanceship.

Apart from his acting career, Meyer is also a writer and musician. In 2009, he published the autobiographical parenting guide "Durchs wilde Kindistan", and he regularly performs as a member of the a-capella group "Meier & die Geier".