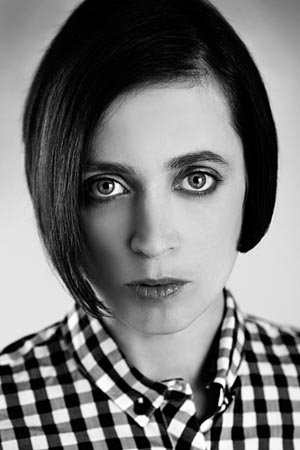 Anna Maria Thalbach was born June 1, 1973, in East Berlin, as the daughter of actress Katharina Thalbach and actor Vladimir Weigl. In 1976, Anna relocated to West Germany with her mother and her stepfather Thomas Brasch. Thalbach made her movie debut already at the age of eight in a film by Brasch. In the drama "Engel aus Eisen", she played a small supporting role alongside her mother. From 1989 to 1991, Thalbach studied fashion and costume design in Berlin. Simultaneously, she played parts in several films and TV movies, including Hark Bohm's "Herzlich Willkommen" (1990) or Michael Knof's "Jugend ohne Gott" (1991). In 1994, Thalbach made her stage debut at Berliner Ensemble. She then performed in several productions, for instance in a production of Brecht"s "Mutter Courage" ("Mother Courage and her Children") and of Chaplins "Monsieur Verdoux".

Besides smaller movie productions such as the road movie "Burning Life" (1994), Thalbach for years mainly appeared in TV productions, for instance in "Zärtliche Erpresserin", a performance that won her an award as Best actress at the 1993 Max Ophuels Festival, in Hermine Huntgeburth's crime film comedy "Gefährliche Freundin" (1996) alongside Corinna Harfouch, in "Die Manns – Ein Jahrhundertroman" ("The Manns - Novel of a Century", 2001), or in the mini series "Alles über Anna" (2006). In 2001, Thalbach won the German TV award for her performance in the "Tatort" episode "Kindstod".

Since the end of the 1990s, Thalbach, whose acting style features a strong presence and individual characterisations, has returned to the big screen besides her work for TV productions. With her performances in films such as "Oskar und Leni" (1998), "Der Untergang" ("Downfall", 2004), "Edelweißpiraten" ("Edelweiss Pirates", 2005), "Esperanza" (2006), or "Krabat" (2008), Thalbach has consolidated her reputation as one of the greatest acting talents in German cinema.