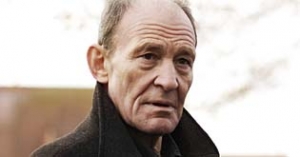 Michael Mendl was born as Michael Sandrock on 20th April 1944 in Lünen, as the illegitimate son of a Catholic priest and a student. He spent the first five years of his childhood with his single mother, who then got married in 1949, giving Mendl the surname of his stepfather. In the mid-1950s the family moved to Ludwigshafen am Rhein. Mendl attended a humanist grammar school in Mannheim, where he graduated from high school in 1965. In the same year he went to Vienna, where he started studying theater and art history, however only as a transition, because his actual goal by his own admission was to study acting at the Max Reinhardt seminar.

Already in 1966 though, he went back to Germany and began to study acting at the Folkwang-Hochschule in Essen instead. He also passed his exams there. In the following years, Mendl had engagements among others at the Staatstheater Stuttgart, at the Münchner Kammerspiele and at the Hamburger Schauspielhaus. Between 1975 and 1978 Mendl also took part very sporadically in television productions, for example in some episodes of the reality crime programme "Vorsicht, Falle!

From 1988 to 1993 he was a permanent member of the Bavarian State Theatre ensemble. At this time, he also starred again in TV productions. In 1989 he had a strong role as a psychopathic sex offender in the "Tatort" episode "Die Neue", but it wasn't until the beginning of the nineties that Mendl appeared more frequently in front of the camera - the beginning of a late but all the more successful career. He made his debut on the big screen at the age of 47 in Sherry Hormann's award-winning debut film "Leise Schatten" (Silent Shadow, 1991), followed by a short but concise appearance as acting school professor in Sönke Wortmann's box-office hit "Kleine Haie" ("Little Sharks", 1992) and a small supporting role in Rainer Kaufmann's right-wing radicalism drama "Dann eben mit Gewalt" ("Violence: The Last Resort", 1993).

In 1993, Mendl left the ensemble of the Bayerisches Staatsschauspiel and had a brief engagement at the Residenztheater in Munich. He also appeared at the Salzburg Festival in 1993 in the two following years. After that, he concentrated completely on television and cinema. At first he played mainly bigger and smaller supporting roles, such as the father of the main character in the mystical historical drama "Schlafes Bruder" ("Brother of Sleep", 1995), a farmer in the TV remake of "Es geschah am hellichten Tag" ("It Happened in Broad Daylight", 1997), as well as as a number of guest roles in various TV series.

Michael Mendl had his actual breakthrough as a film actor in Roland Suso Richter's thriller "14 Tage lebenslänglich" ("14 Days to Life", 1997). In it he played a felon who breaks out of prison together with an unjustly imprisoned prosecutor (Kai Wiesinger). Mendl received excellent reviews for his performance, won the Bavarian Film Award for Best Supporting Actor and was nominated for the German Film Award. After this, he appeared in leading roles as an unfaithful husband in Martin Enlen's "Andrea und Marie" (1998), as a rapist in Dominik Graf's drama "Bittere Unschuld" (1999) and in the title role of Gert Bastian in "Kelly Bastian" (2001, director: Andreas Kleinert).

Following this, Mendl had leading roles as Soviet marshal Sergej F. Achromejew in "Deutschlandspiel" by Hans-Christoph Blumenberg (2000, TV), as a Gulag prisoner in the big screen adaptation of "So weit die Füße tragen" ("As Far as My Feet Will Carry Me", 2001) and as a theologian Alois Hudal in Costa-Gavras' Hochhuth adaptation of "Der Stellvertreter" ("Amen.", 2002). In the course of his career, Mendl has frequently been playing authority figures and historical personalities: In the TV two-parter "Im Schatten der Macht" ("In the Shadow of Power", 2003) he shone as former chancellor Willy Brandt, in Oliver Hirschbiegel's "Der Untergang" ("Downfall", 2004) he impersonated the German General Helmuth Weidling, in Til Schweiger's "Barfuss" ("Barefoot", 2005) he played a strict stepfather and in "Karol Wojtyla - Geheimnisse eines Papstes" (TV, 2006), he starred as Pope John Paul II.

Mendl appeared more frequently in lighter TV productions as years went by. Alongside Christiane Hörbiger, he starred in the love story "Mathilde liebt" (2005), in the crime comedy "Hengstparade" (2005) and in the romantic comedy "Niete zieht Hauptgewinn" ("No Coffee to Go", 2007). There was much critical praise for the highly acclaimed Dürrenmatt adaptation "Der Besuch der alten Dame" ("The Visit", 2008, TV) and for the road movie "Zurück ins Leben" (2013), both with Hörbiger and directed by Nikolaus Leytner.

In 2013, Mendl played a supporting role alongside Christine Neubauer in the two-part family saga "Die Holzbaronin" (directed by Marcus Rosenmüller) and, alongside Mario Adorf and Dagmar Manzel, played a leading role in the character study "Krokodil" (directed by Urs Egger). In the following years he took part mainly in TV series, his TV filmography alone comprising a total of around 150 titles.

After many years of absence from the stage, in September 2013 Mendl appeared in the Thomas-Bernhard play "Vor dem Ruhestand" at Vienna's Theater in der Josefstadt, followed by guest performances at the Opfer Frankfurt (2014) and Hamburger St. Pauli Theater (2017).

On the big screen Mendl had made himself rare after "Barfuss" (2005), but in 2011 he had supporting roles in three films: "Hexe Lilli - Die Reise nach Mandolan" ("Lilly the Witch: The Journey to Mandolan"), "Wunderkinder" and "Männerherzen... und die ganz ganz große Liebe" ("Men in the City 2"). In the German-American co-production "Pater Rupert Mayer" ("Father Rupert Mayer", 2014) he portrayed a Jewish prisoner during the Nazi era, in the comedy "Halbe Brüder" ("Half Brothers", 2015) he was the rich father of one of the main characters, in "Fritz Lang" (2016), he impersonated the father of the famous director.

In the low-budget production "Warum Siegfried Teitelbaum sterben musste" ("Why Siegfried Teitelbaum Had to Die", 2018) Mendl took on the title role. However, his main field of activity remains television. In 2019, he starred in Florian Baxmeyer's witness protection thriller "Der Auftrag" as the father of a young policewoman.