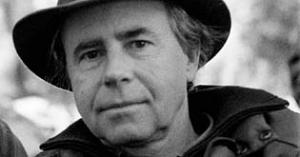 Urs Egger was born in 1953 in Bern/Switzerland. He has worked extensively in Los Angeles, where, after his studies, he was named a Director Fellow at the American Film Institute and worked as a film correspondent for various publications. After serving as a director’s assistant to such names as John Frankenheimer, Denis Lewiston, John Glen, Nicolas Gessner and Yves Boisset – he received numerous awards (Golden Nymph for the Best Mini-Series, Silver Nymph for Best Direction at Monte Carlo in 1999, Gold Plaque Award at Chicago in 1999, Golden Gong for Best Direction, the Cinema-Jupiter and the Austrian Golden Screen for Best TV movie in 1998) for "Opernball" (TV, 1998), the film adaptation of Josef Haslinger’s best-selling novel.