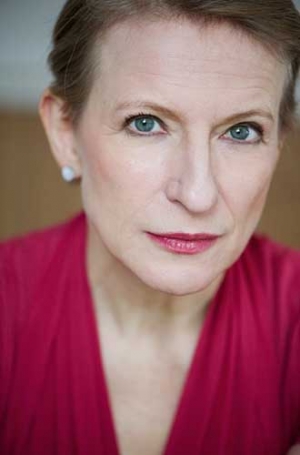 Dagmar Manzel was born September 1, 1958, in Berlin-Friedrichshagen. After finishing school, she took actor's training at Berliner Schauspielerschule from 1977 to 1980. In her sophomore year, Thomas Langhoff gave her the role of Marthe Schwertlein in a student production of Goethe's "Urfaust". In 1980, Manzel went to Staatstheater Dresden, and in 1983 director Horst Schönemann brought her to Deutsches Theater Berlin where she became one of the most prolific young actresses. She performed in a production of "The Merchant of Venice" (1984) and in Sarte's "Die Fliegen" ("The Flies"), among others. Manzel also played the Queen in Heiner Müller's "Hamlet/Maschine" ("Hamlet/Machine") (1990) and Merteuil in Müller's "Quartett" ("Quartet"). In 1991, she played a guest performance as Atossa in Christoph Nel's controversial production of "Die Perser" ("The Persians") at Freie Volksbühne.

Manzel made her first movie appearances in several college short films in the beginning of the 1980s, some of them directed by Bernd Böhlich who later gave her several parts in his TV films. Manzel then caused a stir with a one-minute solo scene in Heiner Carow's "So viele Träume". She also played an uptight wife in Carow's gay melodrama "Coming Out". In Jürgen Brauer's film "Tanz auf der Kippe", a farewell to the GDR, Manzel played a teacher, who gets involved in a complicated love affair with one of her former students.

In 1991, she was seen in the TV movie "Die Erbschaft" and in "Schtonk", Helmut Dietl's comedy about the forged Hitler diaries. In the following years, Manzel starred in several movies, including "Nach fünf im Urwald" ("It's a Jungle Out There", 1995), and in "Crazy" (2000), both directed by Hans Christian Schmid, as well as Peter Timm's "Die Putzfraueninsel" ("The Cleaning Ladies Island", 1996), and Rainer Kaufmann's "Die Apothekerin" ("The Pharmacist", 1997).

Manzel then appeared in crucial roles in several TV mini-series, for instance, as mother Matt in Jo Baier's "Der Laden" ("The Store", 1998), and as the wife of Viktor Klemperer in "Klemperer – Ein Leben in Deutschland", a role that won Manzel the German TV award in 2000 as "Best actress". In 2006, she won another German TV award for her parts in "Als der Fremde kam" ("Stranger") und "Die Nachrichten". On the big screen, Manzel won over critics and movie goers with her performances in Andreas Dresen's "Willenbrock" as well as in Franziska Meletzky's drama "Nachbarinnen" ("Wanted!", 2004). In 2007, Manzel starred in another film by Meletzky, "Frei nach Plan" ("According to the Plan"), a tragicomedy about three sisters.

In addition to other roles in television films and thriller series' such as "Bloch" or "Tatort", Manzel has several movie parts in the following years: in Andreas Kleinert's "Freischwimmer" (2007), Florian Gallenberger's "John Rabe" (2009) and Helmut Dietl's "Zettl" (2011). In 2012 she will be awarded the German Film Prize for her supporting role in Christian Schwochow's "Die Unsichtbare".

This role and her performance in the satire "Zettl" garnered her the Deutsche Schauspielerpreis for Best Female Supporting Actor.
Following her roles in "Krokodil" (2013, TV) and "Mord nach Zahlen" (2013, TV), Manzel starred in the intimate drama "Stiller Sommer" ("Silent Summer", 2013), for which she received a nomination for the Preis der deutschen Filmkritik. In 2014, she was awarded the Deutsche Theaterpreis for her performance in the production of "Gift" at the Deutsche Theater Berlin, and in 2016, the Deutsche Akademie für Fernsehen named her Best Female Actor for her portrayal of a lonely cashier in "Besuch für Emma" (TV).

From 2015 on, Dagmar Manzel starred as police detective Paula Ringelhahn in the Nurnberg branch of the popular "Tatort" TV series. In addition to this, she performed in plays, recorded audio books and appeared in numerous film and TV productions. In 2017, she was recipient of the "Paula" award, which honors movie artists who started out at the East German DEFA and have later contributed significantly to the cinema of re-unified Germany.

Manzel had a crucial supporting role as a stubborn airplane mechanic who helps out a stranded pilot (Elmar Wepper) in Florian Gallenberger's 2018 comedy "Grüner wird's nicht" ("As Green as it Gets").