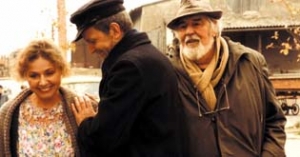 Documentary film about Bernhard Wicki, a defining actor and film maker in German cinema and contemporary history. Blending cultural and film history, the film is searching for the traces of one of the most important artists of the last century. In the film, several fellow celebrities, colleagues, friends, and family members have their say on Wicki. At the same time, the documentary is a poetic declaration of love to the person Bernhard Wicki.