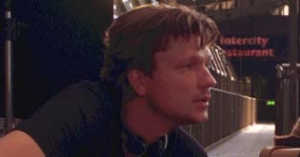 Roland Suso Richter born in 1961, achieved his breakthrough with his first feature-length film for the cinema, "Kolp" (1983). Following its screening at Cannes, the film was invited to numerous international film festivals, was nominated for the German Film Award and the Bavarian Film Award, and went on to win the 1986 Youth Video Prize. "Sven"s Secret" (1994) received countless awards including the 1996 Erich Kaestner Prize and the Rocky Award at the Banff Television Festival.