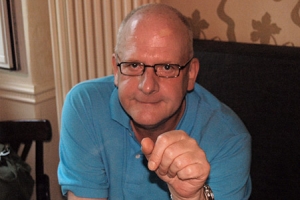 Hans-Christoph Blumenberg was born in Lychen/Mark Brandenburg on May 1, 1947. He studied History and German in Cologne and Washington, D.C. and worked for many years as a film critic for journals and newspapers like "Die Zeit" and "Koelner Stadt-Anzeiger". He has also written books on Howard Hawks, Robert Siodmak and cinema under the Third Reich and directed 23 documentaries for television from 1970-1982 about cinema (Hitchcock, Billy Wilder, Budd Boetticher, etc.).

In 1984, he made his feature directorial debut with "Tausend Augen" with Barbara Rudnik and Armin Mueller-Stahl, followed by the thrillers "Der Sommer des Samurai" (1986), "Der Madonna-Mann" ("Operation Madonna", 1987) and "Rotwang muss weg" (1994).

Blumenberg set up his own production company Rotwang Film with Patrick Brandt in 1993 and his own production company Feuerland Film in 2007. In 1995 Blumenberg directed a highly praised biopic about actor and director Reinhold Schünzel "Beim nächsten Kuss knall ich ihn nieder". In the following years, he mainly worked for television for which he directed, among others, several episodes of the series "Tatort", the two-parter "Deutschlandspiel" (2000), "Hirnschal gegen Hitler" (2000), "Die letzte Schlacht" (2004) and several episodes of the comedy series "Kanzleramt" (2005).

For the TV show "SOKO Wismar",Blumenberg wrote and directed the episode "Schlechte Zeiten für Vampire" (2009), in which a murder instigates an ironic, film historical scavenger hunt on the trail of F. W. Murnau's classic "Nosferatu". By employing telling character names in the highly self-referential plot, Blumenberg pays homage to numerous filmmakers and writers. In fact, the episode was so well received that Blumenberg continued writing and directing further episodes of the series over the next few years.

On the occasion of the anniversary of the IFF Berlin, Hans-Christoph Blumenberg and Alfred Holighaus conceptualized the documentary "Spur der Bären – 60 Jahre Berlinale", for which they interviewed an illustrious group of international stars and filmmakers, including Tilda Swinton, Claudia Cardinale, John Hurt, Andrzej Wajda, Agnès Varda, Ang Lee and Tom Tykwer. Blumenberg himself helmed the film, which had its world premiere in the Berlinale Special section in February 2010.

In the following years, Blumenberg realized numerous episodes of "SOKO Wismar", mostly as writer and director, occasionally only as either writer or director. Until 2017, he contributed to 37 episodes, some of which bore cinematically allusive titles such as "Dolce Vita", "Krieg der Sterne" (Star Wars) and "Femme fatale".