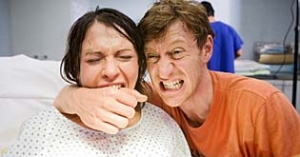 Men in the City 2

Sequel to the successful comedy "Männerherzen" ("Men in the City") from 2009. The story takes on the illustrious fortunes of all the established protagonists: Philip now is running a successful wholefood coffeehouse, already planning to open a second affiliate, while Nina is expecting twins, which makes it necessary for the two to move in a bigger house. Philip′s friend Niklas has lost his job and girl-friend and hit rock bottom, but he still hopes for a reconciliation with Maria… Refined Womaniser Jerome meanwhile moved to his parents trying to give his life a meaning. Singer Bruce is hoping for the big hit, while humble Günther is trying to get more masculine – just like his girlfriend′s ex-husband Roland, who once tried to feed him to crocodiles and now is hoping for his release from jail.