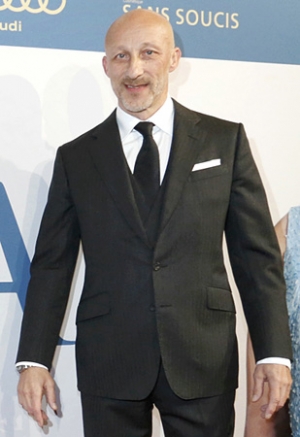 Oliver Hirschbiegel, born December 29, 1957, in Hamburg, went to sea as a scullion after finishing Waldorf school. On his return, he studied painting and graphic with Sigmar Polke at Hamburg's Hochschule der Künste but soon turned more and more to the departments of photography, video, and film; did installation art and performances, and finally switched to film directing.

Hirschbiegel started his professional career as a filmmaker in the mid-1980s as a unit manager for the TV series "Losberg". In 1986, he made his debut as a director with the TV movie "Das Go! Projekt". Hirschbiegel also wrote the screenplay for the film. Five years later, he caused a stir with the cutting-edge TV project "Mörderische Entscheidung" ("Murderous Decisions"): The thriller tells the same story in two separate films from the perspective of two different persons. Viewers were able to choose their perspective depending on the situation by switching between the ARD and the ZDF TV channels as both films were broadcast simultaneously – a novelty for German television.

In the following year, Hirschbiegel directed the "Tatort" episode "Kinderspiel" that won the Grimme award. After a number of crime series episodes for "Kommissar Rex" (1997) and TV movies such as "Das Urteil" (1997), that also won a Grimme award, Hirschbiegel made his debut on the movie screen in 2001: The thriller "Das Experiment" ("The Experiment") featured a top-class cast and became a box office hit. Furthermore, the film won three Bavarian film awards and four German film awards, among others.

After the one-person chamber play "Mein letzter Film" ("My Last Film", 2002), starring Hannelore Elsner, Hirschbiegel became internationally known in 2004 with "Der Untergang" ("Downfall", 2004), based on the book by Joachim Fest. The major production features several character actors and tells the story of the final hours in Hitler's Führerbunker in Berlin. While the film received a lot of bad reviews from German critics, critics from the US and from Great Britain, for instance, were far more sympathetic with the movie. Despite the negative reviews, "Der Untergang" attracted a large audience. More than 4.6 million German movie goers saw the film in the cinemas. Furthermore, "Der Untergang" won numerous national and international awards, including the award of the association of London film critics and three Bavarian film awards.

With the success of "Das Experiment" and "Der Untergang", Hirschbiegel landed his first offers for Hollywood movies. After finishing "Ein ganz gewöhnlicher Jude" ("Just an Ordinary Jew", 2005), another ambitious chamber play, Hirschbiegel finally gave in to the large offers and made his Hollywood debut with the science fiction thriller "Invasion", a remake of "Invasion of the Body Snatchers". But during the production of "Invasion", he encountered creative differences with the producers who pulled Hirschbiegel from the film shortly before he could finish the project and replaced him with director James McTeigue (without crediting him).

His next film, the British-Irish co-production "Five Minutes of Heaven" (2009), turned out to be far more successful: The story about a member of the Protestant UVF militia – played by Liam Neeson – who is confronted with the brother of a Catholic he killed 33 years ago, went on to win several international awards, including the BAFTA for Best Screenplay as well as the Director Award and Screenplay Award in "World Cinema" section of the Sundance Film Festival.

While the TV miniseries "Borgia" (2011) was a ratings success, Hirschbiegel's biopic "Diana" (2013, UK/F/S/B), starring Naomi Watts as the later Princess of Wales, got mostly negative reviews and disappointed at the box office.

Hirschbiegel returned to Germany for his next feature film: "Elser" (2014/2015) recounts the true story of German resistance fighter Georg Elser, who attempted to kill Adolf Hitler in 1939.