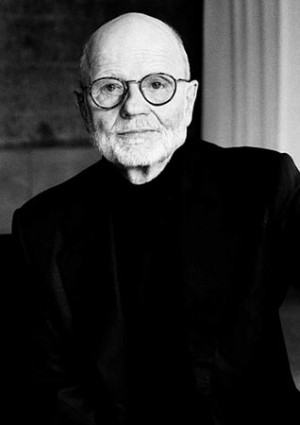 Günther Rohrbach was born October 23, 1928, in Neunkirchen (Saarland). In 1950, he worked as an assistant director and a studio stage manager in Saarbrücken. Between 1951 and 1956, he studied German literature, philosophy, psychology, and dramatics in Bonn, Paris, Munich, and Cologne.

In 1957, he earned his PhD with a dissertation on the German author Grimmelshausen. After having worked as an editor for the German public-broadcasting institution WDR, Rohrbach was appointed chief executive of the German production company Bavaria Atelier GmbH in 1979. He held this position until 1994. In addition, he became an honorary professor at the Academy for Film & Television in Munich in 1992.

By means of his work for the WDR, Rohrbach had an important part in establishing the German "television play" genre. His productions won him several awards, including the German Film Award, the Goldene Kamera, the Bavarian Film Prize, and the Adolf Grimme Award.

From the 1960s until the 1980s, Rohrbach became known as a dedicated sponsor of representatives of the New German Cinema such as Rainer Werner Fassbinder, Hans W. Geissendörfer, Volker Schlöndorff, Bernhard Sinkel, and Wim Wenders.

From 2003 to 2010, Günther Rohrbach holded the chairmanship of the German Film Academy alongside Senta Berger.

While the post-war-drama "Anonyma – Eine Frau in Berlin" ("A Woman in Berlin") got mixed reviews, Rohbach scored a popular hit with "Effi Briest", an adaptation of the eponymous Theodor Fontane novel directed by Hermine Huntgeburth. In 2009, he received the "Berlinale Camera" for his lifetime achievement at the Berlin IFF. For his work on Leander Haußmann's comedy "Hotel Lux", Rohrbach won the Producer Award at the Bavarian Film Awards.

Rohrbach received the SPIO Medal of Honor in 2011. In the same year, in cooperation with his birthplace Neunkirchen, he initiated the Günter Rohrbach Film Prize with the goal to promote German-language films. In 2014, he received the "Honorary Award for Inspiration" at the Deutscher Schauspielerpreis (German Actors Award).

As a producer Rohrbach then appeared less frequently. He was involved in the realization of Tim Trageser's "Der weiße Äthiopier" (2015, TV) and Leander Haußmann's "Das Pubertier - Der Film" ("Teenosaurus Rex", 2017). Also in 2017, he received the Cultural Honorary Award of the City of Munich.