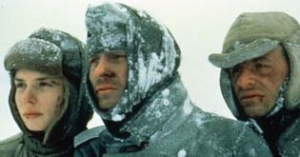 The defeat in the battle of Stalingrad in the winter of 1943/43 was the turning point of World War II and finally lead to the downfall of Nazi Germany. The film follows Reiser, Rohleder and Müller, three German soldiers who are trapped with their platoon under the command of Lieutenant von Witzland in the so-called "Kessel" (cauldron) of Stalingrad. The soldiers are poorly equipped and sent into futile house-for-house fights in a gruelling urban warfare. So, despite all Nazi propaganda, the soldiers know that this fight is already lost.