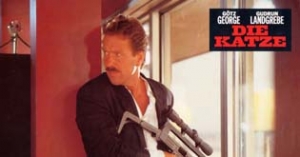 Probek, a criminal, has come up with the supposedly perfect coup: While his two accomplices raid a bank and demand a ransom of several millions from the police, Probek calmly observes the events from the hotel opposing the bank – and tells his men inside the bank by radio what to do. At first, everything works according to plan. But soon Probek′s subtle operation turns into a psychological cat-and-mouse game between him and the head of operations of the police who senses that there is another man in the background besides the two men in the bank.