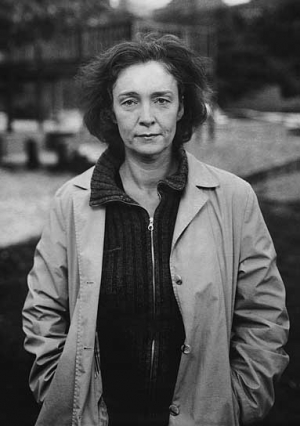 Hermine Huntgeburth, born on 13 November 1957 in Paderborn, studied film at the Hochschule für bildende Künste in Hamburg and in 1983 with a DAAD scholarship in Sydney. Already as a student she wrote screenplays and worked as an assistant director at the theatre. Her first film as a director, "Im Kreise der Lieben" ("The Terrible Threesome", 1991), was awarded the German Film Prize for the best up-and-coming director. Apart from the comedies "Ein Falscher Schritt" (1994) and "Das Trio" ("The Trio", 1998), Huntgeburth worked mainly for television in the first ten years of her career. She directed the crime comedy "Gefährliche Freundin" (1996) with Katharina Thalbach and Corinna Harfouch, the Ingrid Noll adaptation "Der Hahn ist tot" (1999) and the German-German love and spy drama "Romeo", for which she received the Grimme Prize in 2001.

In 2002, she celebrated a major box office success with "Bibi Blocksberg", a film adaptation of the popular children's radio play of the same name. After that she repeatedly directed feature films between her numerous television projects. Among them the drama "Der Boxer und die Friseuse" (2004, TV), which was awarded the German Television Prize, and the elaborate feature film "Die weisse Massai" ("The White Masai") starring Nina Hoss and Katja Flint, which became the most successful German feature film of 2005. "Teufelsbraten" (TV), a social milieu study set at the time of the Wirtschaftswunder, was awarded the Bavarian Television Prize and the Grimme Prize in 2008.

Her adaptation of the Fontane classic "Effi Briest" with Julia Jentsch in the title role got a great deal of attention from critics, albeit mixed reviews in 2009. On the other hand, she received much praise for her film adaptation of Sven Regener's bestselling novel "Neue Vahr Süd" (2010, TV), which skilfully transferred the laconic humour of the book into the cinematic. The film earned Huntgeburth her third Grimme Prize and a Bavarian Television Prize for Best Director.

Afterwards, Hermine Huntgeburth once again adapted a novel: The elaborate and prominently cast adventure film "Tom Sawyer", based on the classic by Mark Twain, came to German cinemas in November 2011. Even before the film was released, shooting began for the sequel "Die Abenteuer des Huck Finn" ("The Adventures of Huck Finn"), which was then released in December 2012.

"Tom Sawyer" received the Guild Film Award 2011 as Best Children's Film and was nominated for the German Film Award 2012 in the category Best feature-length Children's Film. Parallel to the Mark Twain film adaptations, Huntgeburth realised for television "Eine Hand wäscht die andere" (2012), a satire about the small wiles of a tax official and the corruption of a mayor. For this film she was nominated for the Grimme Award 2014 together with the screenwriters Volker Einrauch and Lothar Kurzawa.

Her next television film "Männertreu" (2014), a tragicomic satire about the amorous escapades of a respected publisher, also received positive reviews and earned Huntgeburth her fourth Grimme Prize. Together with producer Liane Jessen, she also received the German Television Award in the category Best Television Film. She then shot the slapstick comedy "Einmal Hallig und zurück" (2015, TV), starring Anke Engelke and Charly Hübner, about a gossip reporter who meets an island oddball.

After the positively received episode "Die Geschichte vom bösen Friedrich" (2016) of the popular German crime series "Tatort", Hermine Huntgeburth adapted Ulla Hahn's autobiographical novel "Aufbruch", a sequel to "Teufelsbraten" (2007), about Hilla Palm's struggle for independence and education in Germany in the early 1960s. The filmmaker then worked on episodes of two further crime series: "Polizeiruf 110 - Sumpfgebiete" (2016) and "Tatort - Unter Kriegern" (2018). Lighter fare was the crook comedy "Tödliches Comeback" (2019), about a young policeman who gets involved in his father's criminal business.