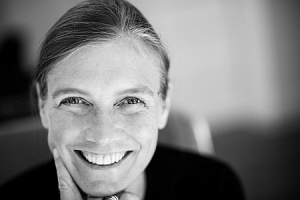 Silke Buhr studied interior design at the Detmold University of Applied Sciences after completing an apprenticeship as a carpenter and graduating as an engineer. She then completed postgraduate studies in production design at the Hochschule für Fernsehen und Film (HFF) in Munich. From 1995 she worked as a production design assistant, and since 1997 she has been working as a production designer on such projects as "Requiem für eine romantische Frau" ("Requiem for a Romantic Woman", 1998) by Dagmar Knöpfel and "Vergiss Amerika" ("Forget America", 2000) by Vanessa Jopp. She received the German Film Prize 2006 for the international success and Oscar-winner "Das Leben der Anderen" ("The Lives of Others", 2006) by Florian Henckel von Donnersmarck.

In the same year she was awarded the Production Design Award of the Hofer Filmtage for her work on Chris Kraus' highly acclaimed drama "Vier Minuten" ("Four Minutes"). After several television productions, including the lavish two-parter "Wir sind das Volk - Liebe kennt keine Grenzen" ("The Wall - The Final Days", 2008), she was responsible for the production design in such diverse films as Feo Aladag's migrant drama "Die Fremde" ("When We Leave", 2010) and Til Schweiger's romantic comedy "Kokowääh" (2011). For her work on Chris Kraus' elaborate historical drama "Poll" ("The Poll Diaries") Silke Buhr was awarded the Bavarian Film Prize in 2011 and her second German Film Prize.

In 2012 she worked again with Til Schweiger and created the set design for his action film "Schutzengel" ("The Guardians"). She also worked on Sherry Hormann's "Anleitung zum Unglücklichsein" ("The Situation is Hopeless, But Not Serious"). After the TV crime thriller "Zeugin der Toten" (2013) and Feo Aladags "Zwischen Welten" ("Inbetween Worlds", 2014), about the German Federal Armed Forces in Afghanistan, she received her third German Film Award in the category Production Design in 2015 for her work on the hacker thriller "Who Am I - Kein System ist sicher" ("Who Am I - No System Is Safe", 2014) by Baran bo Odar.

At the end of 2015, Julia von Heinz' film adaptation of the bestseller "Ich bin dann mal weg" ("I'm Off Then: Losing and Finding Myself on the Camino de Santiago") with Devid Striesow in the lead role was released in German cinemas. In 2016, Buhr was responsible for the set design in Chris Kraus' tragicomedy "Die Blumen von gestern" ("Bloom of Yesterday") - and once again received a nomination for the German Film Prize in 2017.

At the same time she worked again with director Florian Henckel von Donnersmarck, this time for his "Werk ohne Autor" ("Never Look Away"), an artist biography based on the life of painter Gerhard Richter. Although the film got Oscar nominations for Best Camera and Best Foreign Language Film as well as a Golden Globe nomination, the film received very mixed reactions in Germany.

This was followed by work for a television production, the Weimar "Tatort" episode "Die kalte Fritte" (2018) with Nora Tschirner and Christian Ulmen as an investigative duo, and for the Amazon series "Beat", which is based in the Berlin club scene.

Silke Buhr was again responsible for the production design of a big screen production for which she received another German Film Prize nomination: Burhan Qurbani's 3-hour free adaptation of Alfred Döblin's classic novel "Berlin Alexanderplatz" celebrated its premiere in February 2020 in the Berlinale Competition. Buhr also designed the set for the second season of the gloomy, high finance ZDF series "Bad Banks" (2020) with Desirée Nosbusch and Paula Beer in the leading roles.