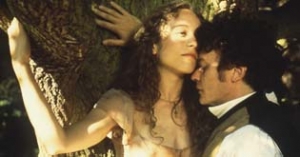 Requiem for a Romantic Woman

In summer 1807, Clemens Brentano stumbles into the most extreme love affair of his life. The woman, who, aged barely 17-years-old, throws herself at him with such terrifying brutality, is called Auguste Bussmann.

The scandalous adventure is followed by the poet′s second marriage, the marriage by a fight to the finish. Auguste is determined to realise in her daily life what the Romantics describe in their texts. She will not accept that there is a dark abysss between love and literature, art and life, utopia and bourgeois everyday life. Is she, in the final analysis, the only real Romantic in the male-dominated artists′ circles?