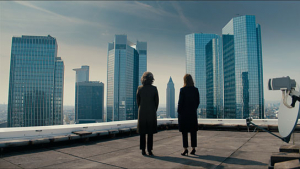 In six new episodes "Bad Banks Season 2" narrates how the financial world is reinventing itself six months on from the crisis. Toughened regulations make business extremely hard going for the merged German Global Invest bank. For Christelle Leblanc (Désirée Nosbusch), the new head of investments, the longed for rise to a seat on the board is now more distant than ever. Meanwhile in Frankfurt things are not going exactly to plan for Jana Liekam (Paula Beer) either. But at least she has long since got her team lined up and is good to go, and whilst the old banking world is still on only half power, the young financial sector is experiencing a fundamental and radical change in the shape of small, nimble, start-ups and FinTechs.