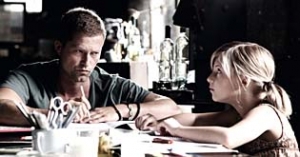 Luckless in job and love – in a nutshell, that′s the story of screenwriter Henry. His life is a row of joyless romantic flings and professional mishaps. But then, things suddenly seem to brighten up when Henry is hired as co-author for the screen adaptation of a best-selling novel. And his designated creative partner happens to be his former girlfriend Katharina, whom he secretly still loves. Alas, this is followed by another not-so-welcomed surprise in the form of 8-year-old Magdalena, who out of the blue appears at his doorstep. Allegedly, she is Henry′s daughter, the result of one long-forgotten one-night-stand. Since her mother has to travel on business to the US, Henry has to take care of Magdalena. Henry is totally at a loss when it comes to his unexpected father role, and the feisty Magdalena turns his easy-going bachelor life upside down.