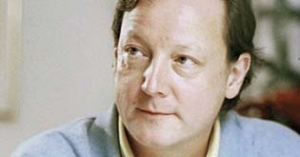 Matthias Brandt was born October 7, 1961, in West Berlin as the son of Willy Brandt - then Governing Mayor of Berlin and eventually German chancellor – and his wife Rut.

In addition to his stage work, Matthias Brandt has repeatedly worked in front of the camera during the recent years. He managed to distinguish himself in sophisticated TV movies, which caused a stir among viewers and critics. Some of them even became the subject of public controversy, for example Oliver Storz’s "Im Schatten der Macht" (2003), a dramatized retrospection of the espionage scandal, which forced Willy Brandt to resign as chancellor. In the movie, he portrayed Günther Guillaume, an intelligence agent of East Germany’s secret service who spied on Brandt‘s father.

The highly-praised TV production "In Sachen Kaminski" (2005) was based on a true story as well. Here, Matthias Brandt played a mentally challenged father who joins his wife (played by Juliane Köhler) in a fight for custody of their child. In 2007, Brandt was awarded the Grimme Prize for his role as mailman Enno in "Arnies Welt" (2005). TV movies such as "Mütter Väter Kinder" (2007) and "Contergan" (2007) confirmed his status as a versatile character actor.

In February 2008, Matthis Brandt was awarded the Goldene Kamera as Best German Actor. In the same year, Brandt and his co-star Victoria von Trauttmansdorff achieved a German Film Award nomination for their perfomances in the scenes-from-a-marriage drama "Gegenüber" (2007).