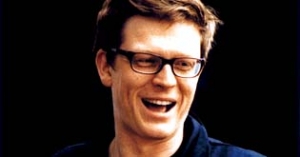 Hendrik Handloegten was born in Celle in 1968 and grew up in Finland, Brazil, Switzerland and France. On his return to Germany he worked in a video store in Berlin and from 1989 to 1993 he conducted the legendary Arthouse cinema "Eiszeit". In 1993 he began his studies at Deutsche Film- und Fernsehakademie Berlin (dffb). His graduation film "Paul is Dead" received many awards, for example the award of the Premier of Saarland at Film Festival Max Ophüls Prize 2000 and the Grimme Award in 2001. Moreover it was shown at several international film festivals.

For his second feature film "Liegen lernen" ("Learning to Lie"), based on a novel by Frank Goosen, Handloegten received the Förderpreis Deutscher Film in the category "screenplay" at the Filmfest Munich in 2003, Fritzi Haberland was awarded Deutscher Filmpreis as best actress in a supporting role in 2004.