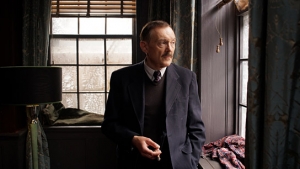 Biopic about Austrian novelist Stefan Zweig, focusing on the years after 1934. Zweig is at the height of his success, when the Nazi's rise to power forces him into exile. Whether in Rio de Janeiro, Buenos Aires, New York or Petrópolis, he remains uneasy and restless. While he is welcomed openheartedly, and though he is intrigued by the tropical beauty of Brasil, he cannot find peace of mind and a new home abroad. He misses Europe, which he rightfully predicts will be devastated in war.