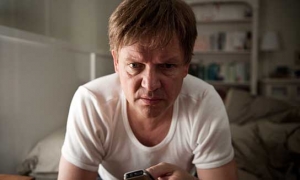 Glory: A Tale of Mistaken Identities

What could a timid, technologically inept electrical engineer, a crime novelist stuck in the middle of Central Asia, an aging woman dying of pancreatic cancer, a movie star caught in the whirlwind of a public scandal, and an overweight computer nerd infatuated with a character from a romance novel, possibly have in common? It all begins very simply: with the purchase of a cell phone. Ebling has never owned one, even though he’s an electrical engineer. Almost immediately, the calls start coming in but they are all intended for someone else. Meanwhile, the calls that Ebling makes create a domino effect of minor mishaps and major tragedies.

With each escalating incident, perfect strangers begin to drift into each other’s lives. Seeking temporary refuge from the public spotlight, famous actor Ralf Tanner unexpectedly runs into his doppelganger and body double and decides to switch lives. On a book tour across South America, Leo Richter, an acclaimed but highly neurotic writer, begins to see the – some - times horrifying – effects of the stories he creates. Caught in a web of absurd misunderstandings, Maria Rubinstein ends up in a strange land with no money, no way of communication, and no identity.

"Glory: A tale of mistaken identities" relates a series of quirky dramatic stories whose characters cross paths with one another in their wanderings between reality and appearance. A journey full of unpredictable turns; a clever play with reality and fiction; a film about truth and deception, about insignificance and glory reminding us that sometimes we need to shed our own identity in order to find our true selves.