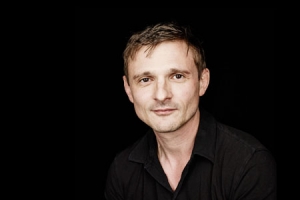 Florian Lukas, born March 16, 1973, in Berlin, made his stage debut in 1990 at the age of 17. In the same year, Lukas appeared in his first movie, "Banale Tage", one of the last DEFA productions, directed by Peter Welz. He then attended drama school at Babelsberg's Filmhochschule but dropped out to play a part in Mark Schlichter"s film "Ex" (1995) which was followed by several parts in TV series and student films.

Lukas became known to a wider audience in Til Schweiger's thriller "Der Eisbär" ("The Polar Bear", 1998) and won the Bavarian film award as "Best new actor" for his performance in Sönke Wortmann's "St. Pauli Nacht" (1999) and for his portray of the lively rapper Rico in Sebastian Schipper's "Absolute Giganten" ("Gigantic"). Lukas also won the New Faces Award and an actor"s award at the Sochi film festival for his performance in "Absolute Giganten".

In "Zoom" ("Zoom - It"s Always About Getting Closer", 2000), directed by Otto Alexander Jahrreis, played the leading role of Tom Waller, a lonely video voyeur, who appoints himself as the guardian angel of a call girl. In 2003, Lukas won the German film award as "Best supporting actor" for his performance as Denis in Wolfgang Becker's "Good Bye, Lenin!".

In 2005, Lukas starred in another leading role as a filmmaker-to-be in Lars Kraume's "Keine Lieder über Liebe" ("No Songs of Love"). At least since this film, Florian Lukas took hold as one of the most interesting actors of more recent German cinema.

Following a supporting role in Feo Aladag's multiple award-winning drama "Die Fremde" ("When We Leave", 2010) and a starring role in the acclaimed TV miniseries "Weissensee" (2010), which tells the story of two East-German families in the 1980s, Florian Lukas returned to the big screen as the male lead in the tragicomedy "I Phone You", which was released in 2011.

The same year, Lukas had parts in the action movie "DON – The King is back" (DE/IN) and the Holocaust drama "Die verlorene Zeit" ("Remembrance"), which was directed by Anna Justice, who also helmed the two-part fairy tale adaptation "Pinocchio" (2013), in which Lukas played a mischievous cat.

Lukas kept a busy schedule with turns in numerous TV and movie productions lie "Wir tun es für Geld" (2014, TV), "Grand Budapest Hotel" (2014), "Der letzte Kronzeuge" (2014, TV) and "Silvia S. − Blinde Wut" (2015, TV). His guest-starring appearance in the comedy show "Der Tatortreiniger" garnered him a nomination at the 2014 Deutsche Schauspielpreis. Lukas also remained a regular cast member on the award-winning series "Weissensee", and in 2014, he became one of the leads of the new series "Friesland".

He played one of the police detectives in "Die Ermittler - Nur für den Dienstgebrauch" (2016), the third part of the trilogy "Mitten in Deutschland: NSU" ("NSU – German History X"). Director Lars Kraume next cast Lukas both in the comedy "Der König von Berlin" (2017, TV) and the drama Das schweigende Klassenzimmer" ("The Silent Revolution").