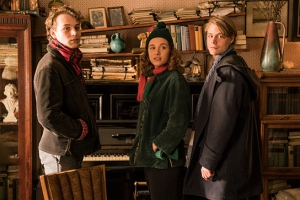 Berlin in 1956: High school students Theo and Kurt, who live in Stalinstadt, go to West-Berlin to visit a cinema. When they see a newsreel with a report on the violent crushing of the people's uprising in Hungary, they are shocked. As a reaction, they and their fellow classmates Lena, Paul and Erik show solidarity with the victims by holding a silent minute during class. Yet this action makes them a target for the GDR officials. Their principal tries to downplay the incident as a prank by minors, yet the secret police Stasi remains relentless. The Stasi interrogates and threatens the teens in its attempt to identify and punish the leaders among them. Yet the students' solidarity proves to be much stronger than predicted.