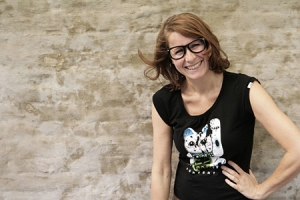 Anna Justice, born in Münster May 16, 1962, trained as a translator for English-German and then lived in Los Angeles. After returning to Germany, she studied directing at the Deutsche Film- und Fernsehakademie Berlin (dffb) and also attended screenwriting seminars at the University of Southern California. In 1997, she made her award-winning feature film debut with the relationship story "Tut mir leid wegen gestern", followed by a series of television dramas, including the highly acclaimed and Grimme Award-nominated drama "Ich liebe das Leben" ("My Life to Live", 2003), about a young doctor whose life is thrown off course when she becomes infected with HIV.

In 2007, Anna Justice's "Max Minsky und ich" ("Max Minsky and Me") was released in cinemas. The children's and youth film about a Jewish girl who fancies the Prince of Luxembourg won awards at the Montréal International Children's Film Festival and the Filmfest München, among others, and was nominated for the German Film Awards as Best Children's Film. With "Die verlorene Zeit" ("Remembrance", 2011), she presented her third feature film, which won the Audience Award at the Filmkunstfest Schwerin, among others: a drama about a Polish-Jewish couple who manage to escape from a Nazi concentration camp, but then lose sight of each other and only meet again by chance decades later.

In 2013 followed the TV multi-part "Pinocchio", which combines real footage with 3D animation and was released worldwide as a miniseries and feature film, in 2015 the German-French political thriller "Tag der Wahrheit" ("Kollwein's Day of Truth"), and in 2017 the German-Canadian comedy "Harrys Insel" ("Harry's Island").

In 2018, she directed the cheerful-melancholic family story "Das Leben vor mir" for television, about an ageing gay man (Matthias Habich) whose former wife (Eleonore Weisgerber) suddenly turns up at his and his partner's (Stephan Kampwirth) house after 30 years because she needs a place to stay. Her next TV film "Neben der Spur ist auch ein Weg", about the self-discovery of a newly separated woman (Marlene Morreis), was made at the end of 2020 during the Corona pandemic.

However, Anna Justice did not live to see the broadcast of the comedy: after a serious illness, she passed away on 18 April 2021.