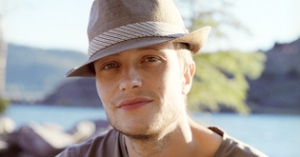 August Diehl, born January 4, 1976, in Berlin, is the son of actor Hans Diehl. He attended actor's training at Schauspielschule Ernst Busch and made his debut as leading actor in Hans-Christian Schmid's computer hacker thriller "23" (1998), for which he was awarded the Bavarian Film Award and the German Film Award. He then played major parts in "Kalt ist der Abendhauch" (Cold Is the Evening Breeze / Cold Is the Breath of Evening, 2000), "Tattoo" (2002), "Birkenau und Rosenfeld" (The Birch-Tree Meadow, 2003), "Was nützt die Liebe in Gedanken" (Love in Thoughts, 2003) and Volker Schlöndorff's "Der neunte Tag" (The Ninth Day, 2004), for which he was again nominated for the German Film Award.

Already in 2000, Diehl was awarded the European Shooting Star, in 2002 he won the Ulrich Wildgruber and Alfred Kerr-Prize.

He played again for Hans-Christian Schmid in "Lichter" (Distant Lights, 2003) and had lead roles in "Kabale und Liebe" and "Ich bin die Andere" (both 2005). After "Slumming" (2006) he starred in several films in 2007, from the Oscar-winning "Die Fälscher" (The Counterfeitors) to "Nichts als Gespenster" (Nothing But Ghosts). In 2008 he starred as a idealistic and naive german doctor in Colombia in "Dr. Alemán", as husband of Nina Hoss in "Anonyma" and as Christian Buddenbrook in the adaptation of the Thomas Mann novel "Buddenbrooks".

In 2009 he played the small role of a SS-officer in Quentin Tarantinos international success "Inglourious Basterds". With Philip Noyces Action-Thriller "Salt" in 2010, Diehl had his next appearance in a big international production - as the husband of Angelina Jolie. In Germany he played a terrorist in Lars Kraume's ambitious drama "Die kommenden Tage" which is set in the near future. In 2011 he appeared as Bernward Vesper in "Wer wenn nicht wir", the first feature film of documentary filmmaker Andres Veiel.

The international co-production "Confession" (F/D/GB 2012) allowed Diehl to display his knack for portraying gloomy characters: In the period piece, he plays a cynical hedonist  who lures a disillusioned romantic into a self-destructive lifestyle. Next he embodied a conflicted dock worker who tries to fulfil his dream of becoming a seaman by working for the East-German secret police in the drama "Wir wollten aufs Meer". Diehl then played a South African casino employee, who happens to be in love with the woman who ran over his father, in the thriller "Layla Fourie", which premiered at the 2013 Berlin IFF.

Following a supporting role in Bille August's "Nachtzug nach Lissabon" (D/CH/PT 2013), August Diehl starred opposite Matthias Schweighöfer and Ruth Maria Kubitschek in "Frau Ella" (2013), a comedy about a lively old woman who is taken on a trip to Paris by two young men.

Beginning of the 2013/2014 season, August Diehl became a member of the ensemble at the Vienna Burgtheater. There he was awarded the Nestroy Theater Prize in 2014 for his embodiment of Hamlet.

In addition to his work on stage, he also remained active as a screen actor - even outside of Germany. In the British mini-series "Close to the Enemy" (2016) he embodied a German aeronautical engineer who is arrested after the Second World War and is to be persuaded to work for the British. Diehl also took part in several French productions: As a communist fleeing to France in the Second World War drama "En mai, fais ce qu'il te plaît" ("Come What May", 2015) and in a leading role in the revenge thriller "Diamont noir" (2016). Raoul Peck cast him in the title role of the film biography "Der junge Karl Marx" ("The Young ar Marx", FR/BE/DE 2017).

He also belonged to the ensemble of the action drama "Kursk" ("The Command", BE/LU/FR 2018) and the historical adventure film "L'Empereur de Paris" ("Vidocq - Ruler of the Underworld", FR 2018).

In Philipp Kadelbach's six-part series "Parfum" ("Perfume", 2018), loosely based on Patrick Süskind's novel, Diehl starred as the renowned perfumer. He played a historical personality, architect Walter Gropius, in Lars Kraume's series "Die neue Zeit" ("Bauhaus – A New Era", 2019). Diehl had a highly acclaimed leading role in "A Hidden Life" (US/DE), directed by Terrence Malick. Based on a true story, he embodies the Austrian farmer Franz Jägerstätter, who refused to swear allegiance to Adolf Hitler during the Second World War. As is often the case with Malick, the film was produced over a period of three years, from 2016 to 2019, with the German theatrical release taking place in January 2020.

In theater, to which Diehl has always remained loyal over the years, he appeared in 2020 in a production of Yasmina Reza's "Trois versions de la vie" at the Berliner Ensemble.

On the big screen, he starred in the historical drama "Plan A – Was würdest du tun?" ("Plan A", DE/IL 2021), as a Holocaust survivor who joins a Jewish group seeking revenge against the Germans. He portrayed Lenin in the spy adventure "The King's Man: The Beginning" (GB/US 2021), an SS henchman in "Munich: The Edge of War" (GB 2021) and the evil wizard Petrosilius Zwackelmann in the children's film "Der Räuber Hotzenplotz" ("The Robber Hotzenplotz", DE/CH 2022).